After skyrocketing to fame off the back of last year’s iconic chess master series Queen’s Gambit, Anya Taylor-Joy has made it clear she’s no pawn in the acting game. The Miami-born but Argentina and London-raised actress (her indistinguishable natural accent now very much understandable) already keeps a Golden Globe Award on display at home and may have her sights set on an Oscar with her role in Edgar Wright’s recently released movie Last Night In Soho. Playing the role of an aspiring fashion designer will seemingly come naturally to Anya, who is a fashion enthusiast and model, just recently becoming a global ambassador for luxury maison Tiffany & Co. For the summer edition of Remix, the 25-year-old talks about working with the brilliant English director, shooting in Soho, London and her favourite on-set moments... 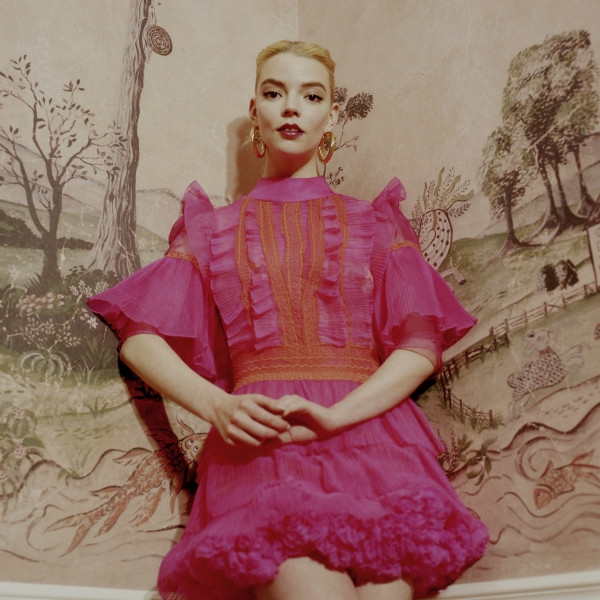 So Anya, How was it singing for the movie?

It was really lovely because I had Matt [Smith] there and he was so supportive and sweet. Because it’s quite nerve-wracking to stand on a stage in front of people that you respect and admire and at that point are your friends, you know, and just standing there singing.  But it was such an incredible experience and I definitely caught the bug from it, for sure.

What was it like working with the terrific cast?

It was wonderful because you get so inspired by the people that you work with and especially every time, if you work the way that I do and you’re doing so many different movies, every time you meet somebody new you learn something more about your craft – and I  definitely learnt from Thoma and Matt. And we all just liked each other so much. So that helped on the night shoots. We were doing night shoots for a long time and that was really helpful. 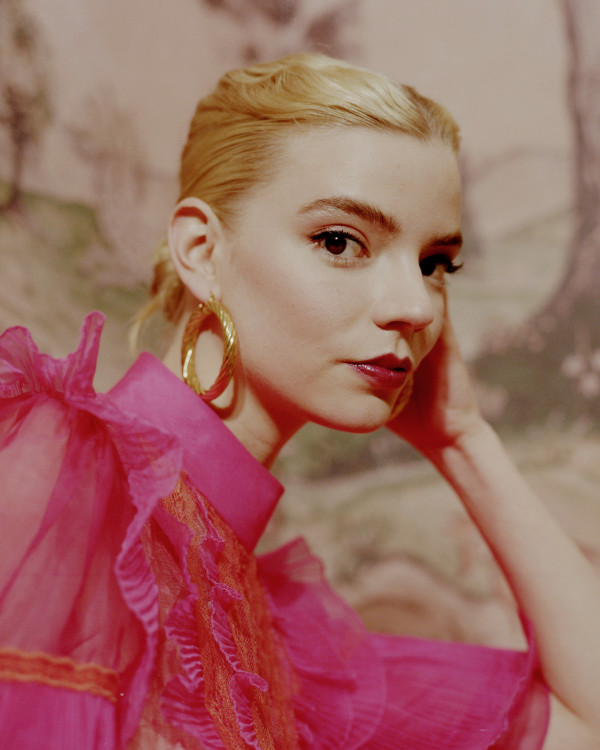 Tell us about working with Edgar Wright?

Edgar loves film and music so much that you cannot help but be inspired when you are around him. Like his excitement is so contagious and you just never forget that you’re doing something exciting when you’re with him and I love that, because I love filmmaking and I love music. And so, blending the two of them together is pretty ace.

How was it shooting the movie in Soho, London?

Filming the movie at nighttime in Soho in London is such an experience. The characters that you see – it’s pretty wild. But what was also really funny is you’re going to work and you’re seeing your friends going out for the weekend and you’re just like, ‘What’s real? What isn’t real? Where am I?’ But it was so much fun also because I’ve spent a lot of time in Soho in London and because of our filming schedule we got to find out about all these little alleyways and these short cuts and stuff. So I now feel like I’m a secret spy of London Soho.

You mentioned music, what role does it play in the movie?

Music plays a huge role in our movie but it does in every single one of Edgar’s movies. He really is a fan, which is something that we connected on a lot. But I think the music really anchors you into the time and place, it helps you understand Eloise’s obsession with the ‘60s. It kind of paints a very glamorous picture. And then with the score what we’ve done is we’ve added in all of these really dark elements to it - and it was such a pleasure to be a part of that. 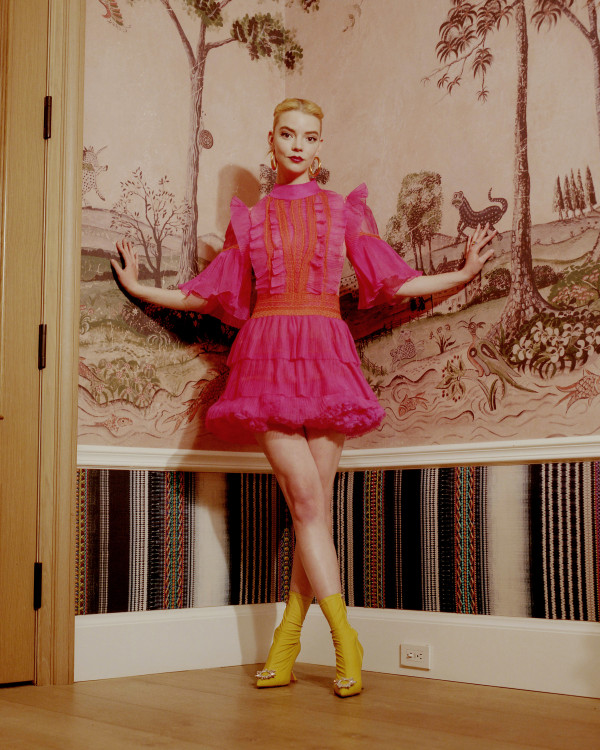 Tell us about working with Steve Price for the soundtrack and Edgar?

I have loved collaborating with Steve Price. He’s just so wonderful and he has such an avid love for music, obviously, but he gets really into the details and the stories behind everything and he’s so supportive. And also, just Edgar’s excitement, honestly, Edgar’s excitement is really contagious and fun and it just always makes you remember that you’re doing something that you wanted to do when you were a little kid. So it kind of keeps the dream alive in that way. So yeah, collaborating with the two of them and they both are appreciative of when I go creepy, which I really enjoy doing. It is very fun to do like a little girl sing-songy creepy voice on tracks. I enjoy that.

Why do you think Sandie’s story is so heart-breaking?

Sandie breaks my heart because she has a dream, she has a dream that she would give anything for. And I think, especially at that time, because, you know, I know that feeling, I wanted to be a  performer and when you don’t have an ‘in’ anywhere, anybody that is offering to, you know, give you a helping hand into an industry that’s notoriously difficult to get into, you kind of choose to follow it and you trust it and you have to have the trust that that person is good for you. And unfortunately for Sandie, she just put her trust in the wrong person. But I think it’s because she wanted it so much. 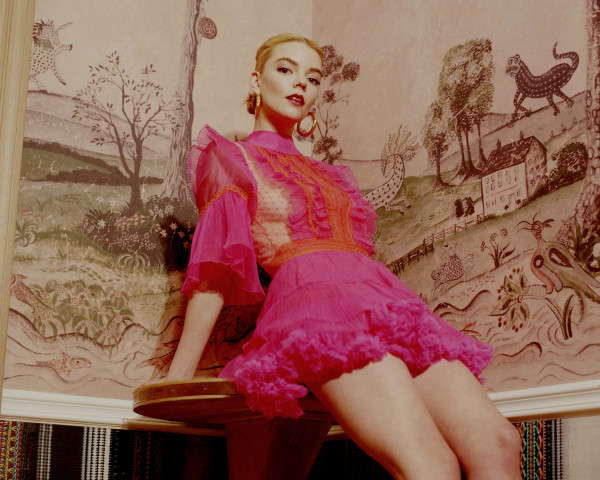 Can you talk about the film’s use of practical effects?

One of the things that made us all excited about the film from the beginning is how much of it Edgar wanted to be practical. So rather than, of course there are effects in the movie, but whenever we could do it for real, we did it for real. So there are shots of a camera coming through a mirror and you think it’s me but it’s actually Thomasin and I’m running around behind and we’re figuring it out that way. And that was so much fun because it had a real sense of teamwork because so many little things had to go right in order to pull a move like that off. And then when you go back and you watch it on the monitor, you’re just like, ‘Huh!’ I remember there was a scene, it’s pretty much all of them, but anytime we nailed it, like I’m waiting behind a pillar and Matt’s walking with Thomasin and then we swap hands and it’s seamless – that felt so good. So yeah, I’m really proud of the practical effects of the movie.

Finally, what was your favourite memory of making this film?

My favourite memory of ‘Last Night in Soho’ was Matt [Smith], Thomasin [McKenzie] and I all doing the dance at the very  beginning. The first ‘60s sequence. That was so much fun and so technical, which I really, really enjoy. But also, because most of it’s in camera, any time that we’re not on screen, one of us was running behind the camera like a loon and it was just so much fun to actually be there and see that side of it. I almost preferred the behind-the-scenes to the actual shot – which says something I think [laughs]. 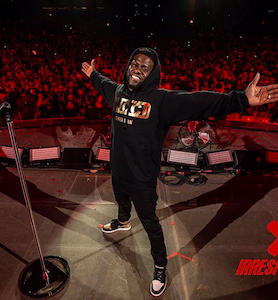 What's On This December

Kate's pregnant again! But what will the new royal… 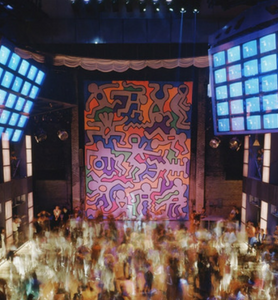 The 2014 most popular Google searches are in and K…