An urban escape located on Princes wharf, Lula Inn provides Auckland with the best entertainment in the city. Live and Lula’s on Thursday, Friday and Saturday evening, the garden retreat transforms itself into a night of unmissable experiences featuring the country’s most energetic soul and funk artists. Displaying a variety of unique talent, Remix has spoken to the dynamic acts about their music, bands and favourite Lula Inn cocktails!

What first inspired you to start playing the saxophone?
Music for me is about community.  Everywhere I’ve been able to play I’ve been around friends and it’s the coolest thing.

What is your favourite style of music?
Soul and funk! I’ve been fortunate enough to play a variety of music which has been the coolest thing about being in Auckland.  It’s such a cosmopolitan and being this African guy who moved here, meeting so many different people and styles has been very cool.

Who is your all-time favourite artist?
If I could only choose one, it would have to be Stevie Wonder.  He’s like the complete musician.  Great singer, an amazing instrumentalist and his stuff never gets old.

If you could choose one cocktail from the Lula Inn cocktail list, what would it be?
The Silver Fox!

Did a particular artist or song inspire you to do what you do?
Mariah Carey for sure.

What has been your most favourite DJ gig of all time?
I probably would have to say playing to a sold-out crowd in Sydney, opening for TroyBoi. You look up and you see an ocean full of people and the energy is just insane.

If you could collaborate with another artist, who would it be?
Nightmare. Does that sound like really crazy? I mean his music sounds very theatrical but in a very dirty, dark and deep kind of way.

Do you have a favourite performance from your nights at Live at Lula’s? One night that just tops it all? When the band plays the last song Valerie, that sets the night. Even a bit of Whitney!

What is your choice of cocktail off the Lula Inn cocktail list?
The Vanilla Bloom.

You are part of the band; Liquid Honey - a real powerhouse girl squad! How long have you been part of the band?
I’ve been in the band from the beginning and the band has been together for three months.  We became a band for the Lula Inn which is really cool, before that we were all just doing our own thing.

What genre does Liquid Honey fall under?
We don’t fall under any particular genre or style, it’s just straight girl anthems.  Like Dianna Ross, Beyoncé, Whitney Houston… just everything!

What is the biggest inspiration for you?
What pushes us is all the boy bands out there. At Sweatshop, you’ve got Beat Council and we just want to show everyone that we can do it too.

What Lula Inn cocktail would it be?
The Lady Lula – girl power!

What would be your favourite performance from Live at Lula’s so far?
Our favourite would have been the Lions Tour.  There was just a bar full of rugby heads and they were getting right in to four girls playing on stage.

Check out these three epic talents at Live At Lula's, every Thursday, Friday and Saturday night. 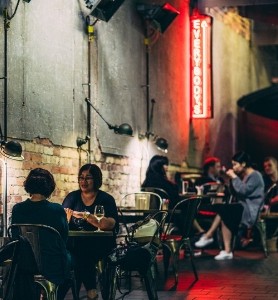 There's a lot to love about the all-new Imperial L… 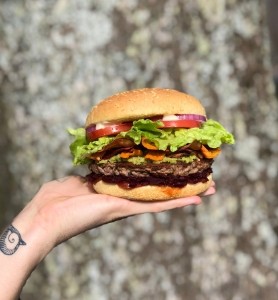