Words and photography by Lauren Matthews from The Kitchen Collective Ah, the Shore. I've recently become a 'Shore girl' myself, a 'sure thing', not quite. And while I admit, Google Maps is my trusty sidekick in these confusing, transitional times, from city-slicker to denim-cut-off and Birkenstock-wielding-beach-chick, I also admit I quite like it. While I like it because I'm a huge advocate for sun and sand, what's lacking north of the Harbour Bridge are restaurants and cafes offering a decent tipple, and good fare. It's almost worse than my $50 taxi fare home from the city. Almost. There's a new precinct bang smack on Takapuna beach, which has two of the three new establishments open, and thriving. Centre court is Japanese restaurant, aptly named 'Tokyo'. To the left is a rumoured fine dining offering; construction busily underway. And taking prime position in a sprawling sun soaked location, is Franc's. An ode to casual dining, and relaxed beach-side drinking vibes. The space is broken up by a large bar area with bar leaning shared tables, more intimate indoor booth seating, beach front tables for two, and an impressive courtyard with a million dollar view of Rangitoto and beyond. The menu is nothing out of the ordinary - I'd describe it as bar meets bistro. 'Snacks' range from calamari to sliders. They have boards for sharing, sandwiches, and mains, as what they describe as 'plates'. I'm a tad apprehensive to sample the crab omelette which is seasoned with oregano, chilli and lemon, served alongside asparagus. Can't quite decide why, perhaps it's because that is by far the most gourmet offering, and I'm nervous that the simplicity of the dish will highlight faults of it, but only because I deem Franc's to be more of a bar than an eatery at first glance. The beau and I decide to share a couple of dishes. A sharing board of what can be described best as a meat board. And a lamb burger. Yet, our charming server is adamant we're making a incredibly poor life decision, and sways us to retract that order and put our money on the short rib, beef burger. And I don't blame him. The beef, while solid in appearance, turns out to be a whole chuck of slowly cooked, melt-in-your-mouth short rib; accompanied with gooey, melted cheddar and the usual burger suspects, I was a tad disappointed when I couldn't find my menu advisor after said burger was demolished, as he obviously deserved a high five. The meat board was good, not amazing, but good. What made in good in particular was the chicken wings - crispy outer, tender within, a bit of a kick thanks to their Southern influence, I could happily eat a whole bucket of those tasty morsels. The bresola (or salted beef) is paired with vibrant heirloom tomatoes and goats cheese, and the smoky 'Hungarian' dog, is simply a deconstructed hotdog, American mustard included. They do breakfast, have an adequate wine list, and friendly staff, albeit, I sensed a few teething issues. Nothing major (service - mainly of food - is a bit slow), and nothing they certainly can't overcome. So, if you wish to embark in a day in the life of a Shore girl, I would suggest a dip in the Hauraki Gulf amidst the tanned and buff bodies, followed by a beverage to quench that salt water induced thirst. Have a casual bite, perhaps followed by another dip. One thing is for certain these ways - the living, shore side is, comparative to the hustle and bustle of the CBD, easy. [gallery ids="5087,5089,5088,5086,5085,5084"] 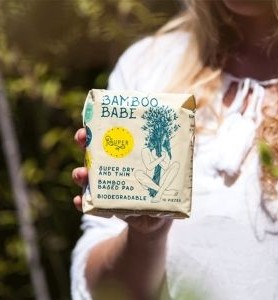 Staying conscious... even on your period 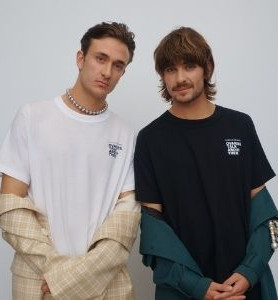 The surprising misconception about the Inspired Unemplo... 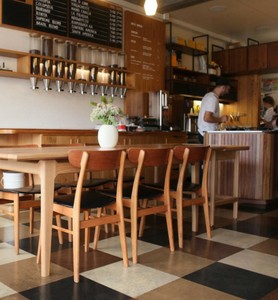 How to do a Wellington weekend right