Fortunes, the Melbourne duo producing a new fusion of music diverging from much of what we hear today, has become one of our favourite acts. With their gritty hip hop and classic soul, fused with an electronic twang, we are loving it.

The pair (who actually met for the first time at school in New Zealand) played at Laneway earlier this year and are coming back to our hometown for more, with their 'Undress' tour - and we aren't complaining. Following their shows in Auckland and Wellington, they are set to release an EP in the next month.

The Fortunes are well-known for their song '501's', which is about seeing a hot guy looking fine in his jeans - Levi's 501 jeans. "Damn that dude's jeans look tight, and I don't mean skinny." The song consists of the band's signature creamy electronic and punchy beats.

This only goes to show their fondness of the iconic denim brand Levi's, who have just launched their latest menswear campaign, 'Live in Music', deriving from their connection with the music industry. It turns out Fortunes are based in the Levi's hometown of Melbourne, rather fittingly (excuse the pun).

We caught up with Fortunes, aka Conor McCabe and Barnaby Matthews, to catch up on their whirlwind of a year and their current tour.

How was your experience at New Zealand’s Laneway festival- are you happy to be back here?

C: I had the best day! Was so amazed, like right before we started there was nobody in the field and then we went up and all of a sudden everyone was there! People were singing and the sound on stage was really crispy so I was just loving life. Yeah always happy to be back. I spent most of the summer home in Raglan just hanging out with my family and everyone I grew up with. It was really special.

B: Laneway was such a beautiful day! Yeah, we were pretty convinced we’d have a pretty small crowd because we were playing so early, even like five minutes before we were supposed to play there were only like five people hanging around our stage. But then heaps of people came through and we actually had the best time!

Who and what inspires your music?

C: My stink little love life mostly. LOL, nah it's chill. Like hate it - but what would I have written about otherwise.

B: I dunno I’m kind of addicted to making it… Like the feeling of when you're working on some shit for ages, and something finally clicks and everything sits right and you don’t even know what you did but suddenly it’s got this mood and vibe and it feels good af. Makes me wanna just keep doing it.

How did you come up with your unique sound?

B: We didn’t really sit down and think,“okay so how are we gonna sound?”, we just make stuff we like. So it’s just been an organic process of learning and our tastes evolving and changing.

C: I just woke one morning the day I was born.

What makes your ‘undress’ tour different from your others (other than the music of course!)?

C: It's our first international headline tour! Also the first time I’ve actually planned all my outfits before we go rather than chuck some random shit in my bag as I run out the door to the airport.

Where has been your favourite place to tour?

B: We’ve only toured major Aus cities and a tiny bit of NZ so far! But playing Melbourne is always the one for me <3

C: Oh always New Zealand. Nothing like a true home crowd. Also Melbourne though. Another home to me. Still haven’t been able to play in Raglan yet. We coming for you one day YOTTY!

Who have been your favourite people/groups to collaborate with?

B: Our collab list is actually super small. A couple of people have jumped on remixes which have been cool but we didn’t really get a chance to work with them ya know? Louie Knuxx might be the only official collab we’ve actually put out so far… S/O Louie Knuxx, the man <3

C: Louie Knuxx obvs! One of the best writers out and an all round good person. Also my day one Wallace! Got something pretty silly in works with her hehehe.

Is there anyone in mind that you both have always dreamt of collaborating with?

B: Hmmm the thought of working with music legends kinda freaks me out haha. I just wanna collaborate with friends mostly… Keep it organic and chilled.

What musicians do you guys look up to most?

B: Probably Frank Ocean for me. He’s just the all round. Seriously always drops an album in my times of need too. Love you.

What aspects are you most looking forward to in your tour?

C: I’m just really excited to see everyone again. Singing and dancing are my other favourite things. AND dressing up is good too. Love being on the plane and waiting at the airport. JK, nah, its all good, Barnz has got that lounge access now. We out.

For your own chance to win a pair of the iconic Levi's 501's (so you can also look tight), head to our Facebook page for more details. 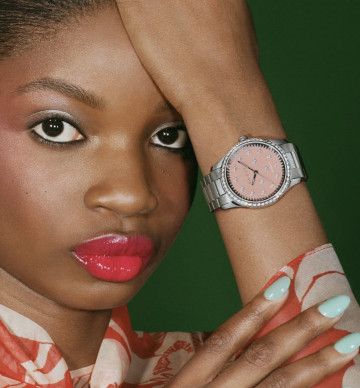 Only time will tell with Gucci's newest accessory …

10 times Kendall Jenner wore something from your w… 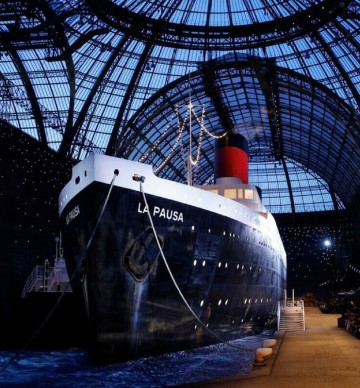