Okay I confess - I’m not always the first in line to see a superhero film. But when I heard DC were releasing their first female-led flick, I couldn’t wait to see how the comic heavyweights would introduce the original heroine – Wonder Woman – to an audience full of millennials.

In case you haven’t already fawned over her like I have, meet Wonder Woman star Gal Gadot, the Israeli-born supermodel-come-actress who trained in Brazilian jiu-jitsu and swordsmanship in preparation for the role. Modern day superhero? We think so.

While Gadot may have had to share the spotlight with her fellow male DC heroes in last year’s Batman vs Superman: Dawn of Justice, she stole the show in the 2017 live-action remake of the 1974 original.

The film opens to reveal a mystical paradise, the island of Themyscira, abundant in tumbling waterfalls, lush greenery, and a sprawling palace. Inhabited by fearless Amazonian women, Themyscira sets the scene for the superheroine’s origin. Her mother, Hippolyta, is the Queen of the Amazons while her aunt, Antiope, is the greatest of all the warriors.

From a young age, Diana’s fascination with the Amazon warriors sees her secretly trained by her aunt, and mastering all the skills that even the fiercest warrior possessed. Little did Diana know that mastering such skills would serve her quite so well in future.

Cue the entrance of the primary love interest and the pivotal crux for Diana’s quest, Captain Steve Trevor. Played by Chris Pine, Steve washes ashore on Themyscira, much to the intrigue of Diana and the island’s inhabitants, who had never known men to exist.

Set during World War I, the golden thread weaved throughout the film was the godly influence upon mankind – that Aries brought war to the world and Zeus provided the Amazons a safe haven to be trained against Aries’ evil ways, should they ever need to protect mankind.

After being grilled by the Amazons, Steve reveals (while under the influence of the Lasso of Truth) that mankind is in the midst of a devastating war, which compels Diana to leave her island oasis and fight Aries to end the war.

It is then we discover Diana’s headstrong attitude – once she has set her mind to something there is no stopping her. She’s unwavering in her decision to never return to Themyscira and follow Steve to London, to join the front and defeat Aries. But as we follow her rollercoaster journey onto ‘the other side’, nothing could have prepared her for how real and raw the war would be.

Let’s be real for a moment – there is a LOT of slow motion. And while this can look cheesy in some action films, the editing technique used here only gives more weight to Diana’s skill, finesse, and mastery of her warrior-like fighting style. Plus, it gives us more time to girl crush even harder on the brunette beauty.

Other than that, we couldn’t fault it. Gadot is the ultimate leading lady on the female-led production, alongside director Patty Jenkins’ first venture into the superhero genre, Wonder Woman had viewers on the edge of their seats throughout the action-filled two hours.

Fans of the original TV series will enjoy Gadot’s transformation into the much-loved female icon, and how she firmly secures the character in 2017. The present-day girl boss impresses with her incredible strength, determination and wisdom, and proves that you really can separate the bad from the good to make the world a better place – and, in place of that, a lasso, sword and shield always comes in handy.

What impressed us even further about the film was discovering Gadot did all her own stunts, while she was pregnant with her second child! This real-life Wonder Woman has us feeling empowered in more ways than one.

Wonder Woman deserves a spot on your must-see movie list this weekend - go see it with your girls or even your partner, there’s something to keep everyone engaged. And, to be fair, we may even go and see it twice.

Wonder Woman is in cinemas now. 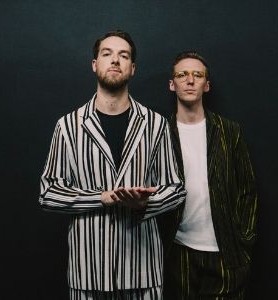 Introducing 'The Remix'; our very own music playli…

A photography collaboration of the most creative k…