In celebration of the first week back in normality, Remix sat down with Gavin Correia from Jupiter Project chit-chatting about life in lockdown for the duo. What felt like more of catch-up between two friends rather than an interview, we discussed what the boys have been up to and what we can expect from them very soon... Let’s just say, the Kiwi summer is one to look forward to. 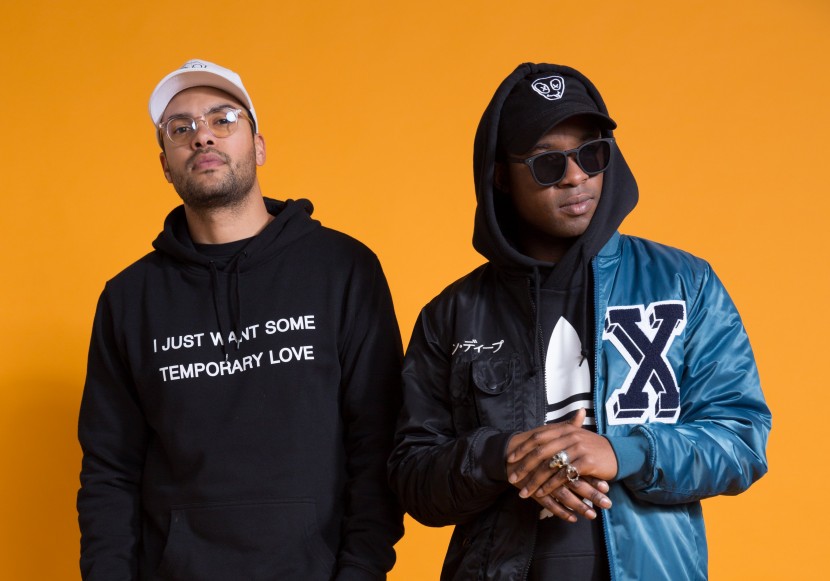 Tell me about a typical day for you both during the lockdown.

Well, the good thing for us being creatives, being used to working from home is that we can just do whatever that we do wherever we are. We don’t really need an office or even a studio because we both have different recording setups at home. So, basically we have a three-song EP dropping over the next few months and we wrote them basically over the first lockdown. It was pretty productive for us. For us, it was about keeping a good balance of staying healthy, being motivated, exercising, and also just taking a bit of time to relax and being too hard on ourselves, you know? Last time, everything sort of turned into a productivity contest, but the energy this time around is much more laid back, which was nice.

Was there anything you learned to do or tried something new during isolation?

Hmm, that’s a good one. I guess it was just staying busy and trying new things really. We had a bit more time to do the things that we actually enjoy doing. So whether it’s a particular sport or a hobby, like spending more time just cooking nutritious food for ourselves - I think that was really awesome.

Yes! Like everyone hopping on the banana bread wagon

Absolutely! We failed a couple of times… But, during the first lockdown, we also did a four week Instagram live radio show with JBL and with Australian DJ Tigerlily bringing guests in to interview them. That was really cool because it was a pretty high production sort of affair. It was kind of nice to give something back to people as during that first few weeks of lockdown, everyone was having withdrawals of no music, no concerts and not being able to go out with live music. So it was nice to have something for people to tune in on a Friday night - really awesome. 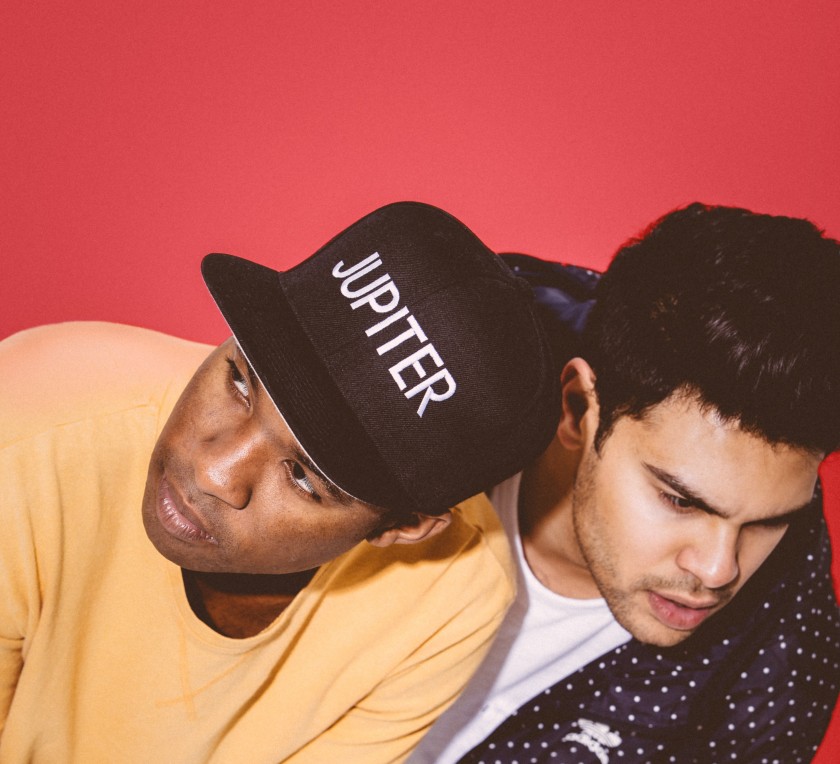 As a musical duo, how did the lockdown affect you in terms of the process of making music and communicating with each other?

I guess the good thing for us is that we have the ability to work from anywhere. We have a team, but everyone is used to working remotely. It was really important to keep up with communication, regular meetings, LOTS of Zooms. If I hear the word ‘Zoom’ again in my life, I’ll be stuck. I guess then things were just a little bit slower, a bit more clunky, but you just have to have patience and stick with it. Perseverance was the key element in our opinion.

Absolutely. Do you think the pandemic influenced your music differently at all?

Oh, 100%. I think not just the pandemic, but everything that’s been going on this year. We always tend to write stuff with what we’re feeling and what's happening around us. I guess we used to write a lot of love songs because it was reflective of where we’re at in life. But right now, there’s a lot of things going on in the world, which influenced the writing process of this next EP. We wanted to seek some of those things and in a way that people haven’t really seen from us before. I guess it was important for us to put a message out there that unified people, bringing people together in a way that was really uplifting and empowering. I think with all the crisis from left, right and centre, we’re all going to look back at it and we’re going to be proud of the things that we did as a collective.

You’re so right. 2020 has been a roller coaster of events.

Exactly. So, one of the records we’re the proudest of is this next one called “Stand”. It has a social justice message - inspired by the black lives matter movement that’s happening and has been happening for a long time. Especially the new energy around that movement, and not just in the States, but all around the world. We were privileged enough to actually be a part of that and to see the energy of people in New Zealand and say, ‘Man, that’s really something to be proud of’. We need people to actually take action. We need to be able to make meaningful changes. And that’s what we’re trying to do with the song. The whole idea behind the song is to make people think ‘Hey, what do you actually stand for? What’s something that’s important to you?’. So we’re super proud of it. 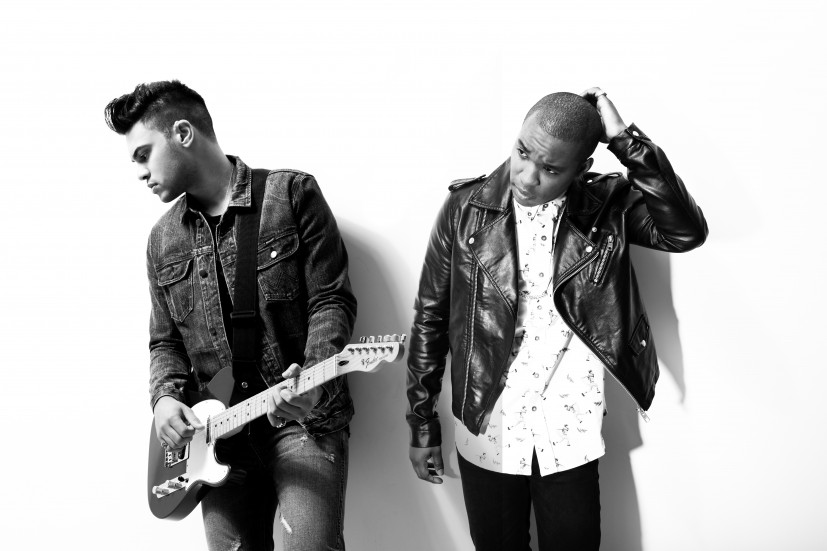 I got to have a sneaky preview of the song ‘Stand’ and I can definitely say that the lyrics are full of powerful words and the beat is so uplifting at the same time.

Thank you! That’s exactly what we wanted to do - have something that’s meaningful with an important message behind it, but still have that kind of upbeat Jupiter kind of feel.

What are you most looking forward to doing with your freedom?

I guess just connecting with people again. We’re both pretty extroverted so we love the energy we get from being around people. There’s nothing better than just playing a show and seeing people’s faces, iterating with them. That’s definitely been something that we both really miss.

When international borders open (hopefully) where would you want to go ASAP?

We had a lot of travel plans this year and everything sort of came crashing down. We were actually meant to play at a festival back in April and around Europe so that sucks, but that can always happen and there’s always going to be time for that. Right now, I think family is the most important thing. We’d definitely want to go see our extended family - which is definitely a huge priority for me.

Family always comes first 100%. I can’t wait to go to Korea to see my family as well. But in the meantime, what are your plans for the upcoming summer?

Summer, we’re not going to lie, is definitely our favourite time. There are people who say ‘I love winter’ and we’re definitely not one of those people. I think summer is really important to us because it’s sort of a storyboard for a lot of our music. But we love summer big time, you know, we’ll be dropping songs over the next few months and we’ve been talking to a few festivals so fingers crossed for that! Hopefully, the summer will be a better time than what we’ve all had to go through. 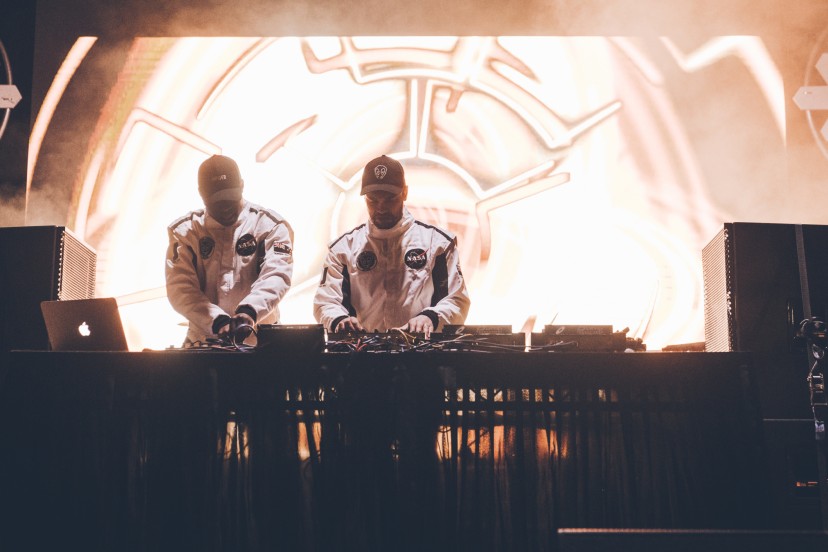 How would you describe the NZ music industry compared to the rest of the world?

I think, in most things Kiwis tend to do, for such a small population, we always seem to punch above our weight. We definitely see that in sports obviously but, if you look at what we’ve done in film, art and music over the last forever, we’re seeing Kiwis being recognised more and more and the talent level that we have here is really amazing. As opportunities continue to grow for our artists, we’re going to see more international exposure. We have some really good stuff here and I think it’s just going to keep going. We’re going to see more and more Kiwi artists on a really big International stage, over the next five or 10 years, it's just going to keep growing exponentially. As great overseas artists are, we need to support our industry more. We should be playing more NZ music, other than just the big acts, we need to put ourselves in the forefront because it’s truly world-class.

A little fun question to end our interview with - what is your absolutely guilty pleasure song to listen to?

Oh wow. I’d have to think about that. There’s definitely a few but it’s probably going to be Single Ladies by Beyonce, to be honest...

Lastly, do you guys have any advice for all our young musicians out there?

The main thing is, just continue to do things that feel genuine and sincere to you. Continue to craft your own sound, craft your own style and speak from the heart with things that matter to you. Be yourself and just hustle, hustle and hustle. Continue to learn, because, these days, you can’t just be an artist. You’ve got to be your own CEO. Create a team around you with like-minded people. It’s all about the hustle.

You can listen to 'Stand' here! You'll be putting it on repeat.

As part of Jupiter Project's campaign, they've committed to donating their streaming proceeds from the song 'Stand' to those in need. Jupiter Project is encouraging everyone to do their part by donating - nothing is too little. We need to be taking a stand to make the changes we need.

Donations can be made on KidsCan and Black Lives Matter.

Taylor’s squad gets a bikini dance lesson at Coach...

The most legendary Laneway line up ever: BANKS, Fl...

New music from Steve Aoki before he brings his par...