When we think about revolutionising kiwi music and putting New Zealand on the map only a few bands come to mind, one being dub, soul and jazz maven’s Fat Freddy’s Drop. We sat down with Toby Laing to get the inside scoop on how the band got its name, what they have backstage at a show and what he misses most about NZ when on the road. 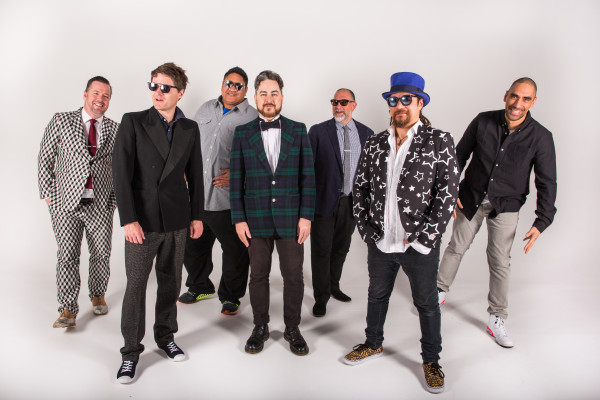 Yeah, I'm good and the bands are all good. You know, we've been very much confined to Wellington which isn’t a bad thing! I love it here. It's a really hard time for the group because we're in a position now where we've postponed a number of tours which is frustrating. But you know, we’re all home and healthy so we’ve just got to stay cool, and just hope for the best in the future. In the meantime, we have been busy in the studio so that's been fun. We definitely feel great about Fat Freddy’s and the music we’re doing, it's just a shame we don't really have much of an opportunity to perform at the moment.

You have a new album coming out just in time for a kiwi summer which is exciting!

Yeah! We're really pleased with it. The album is called Wairunga. It’s really cool because it's actually something we've talked about for years now, like doing a recording or doing a show or doing something up at Wairunga and it was great that we just had the opportunity to just do it and we're really pleased with how it turned out. We couldn't have been happier, really, with how the film turned out and the recording turned out. 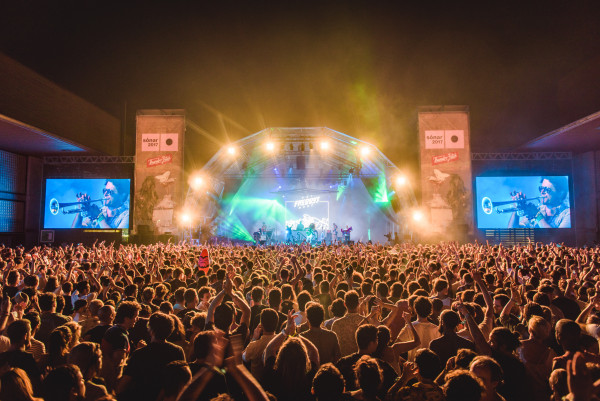 When did you record the album?

It was in March this year, we kinda just decided to do it! There were a few ideas, you know, we were going to do a tour that had to be postponed and then we were like, Okay, let's just go and do this thing. It's a little bit ambitious because it was the end of summer and the weather had already started to turn a little bit, but we were keen on doing an outdoor thing up at Wairunga which is above, Waimarama Beach in Hawke's Bay. It's a place that we've returned to lots of times over the years so it’s definitely a special place for us as a band. It's actually a sheep station that's run by some really good friends of ours from university. So we've been going back there for 20 years or something, on and off. And this time, we turned up with a full film crew and all of our equipment and PA system and recording gear.  Basically, we just emptied out the studio in Wellington and put it all in a truck and took it up there.

Everything was ready to go. We just needed some good weather, which we kind of had at the beginning and then it turned into a bit of a raging storm halfway through. I was amazed at the end of the whole process, everything turned out good, despite the weather! You can hear where it gets a little edgy and the winds whistling around but it still sounds great! 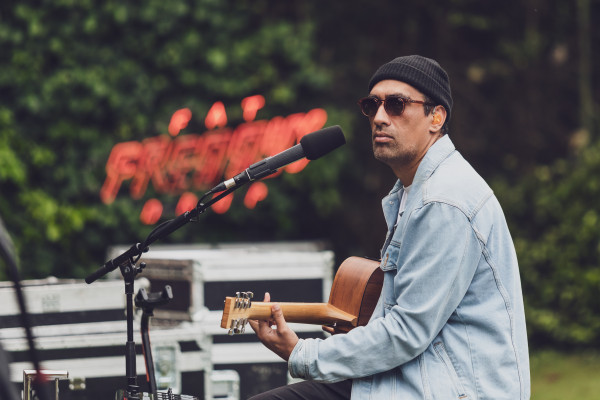 How excited are you to go back on tour?

Personally, I'm apprehensive and just don't know how it's gonna work out. But the idea of getting on stage and doing a show is a dream, I can't wait! It'd be incredible if it's safe to do it and all get together and have festivals and concerts.

Where are you most excited to play on your tour?

There is a concert that we booked not too long ago at Outerfields Western Springs and I would love to be able to do that. We’ve also got some really good summer shows lined up including WOMAD, which is something that is really special to play at. I don't think we've played there since 2008. There are a few things that we've got lined up actually. We have a bit of a regional tour kicking off hopefully later next year. All going to plan we’ll hit all the major cities like Wellington, Auckland, Dunedin and Christchurch and play at some really cool theatres. So, you know, there are lots of things for us to look forward to. And hopefully, we can share our kind of enthusiasm with the crowd when we get there. 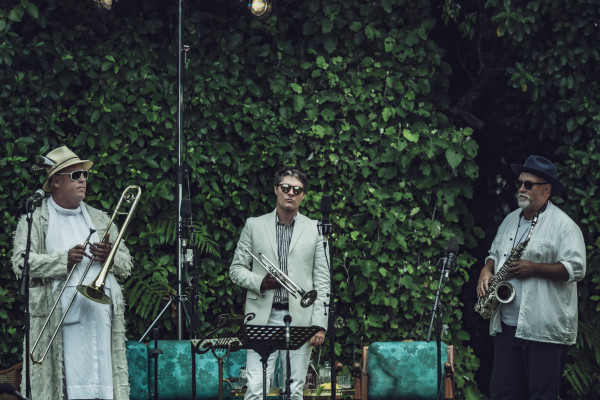 You guys have obviously played at some massive venues in some really cool cities. Do you have a particular favourite gig?

Oh, there are so many! We’ve played the Alexandra Theatre in London a couple of times and to be able to go all that way to London and do a show to 10,000 people in a beautiful old hall is such a surreal feeling. The Sydney Opera House would have to be another. It's like you’re in a nightclub with lots of people but it has such a beautiful interior. And the sound, of course, in the Opera House is pretty good. I love how they make it available for concerts like this. And you know, they have a lot of respect for it as well. I really enjoy going to a place like that and just feeling in awe of what's gone on before. It's such an iconic, historic venue so it adds another dimension for people going through the gates.

You guys pretty much revolutionized the New Zealand music scene, especially with your breakout album, do you think that your sound has evolved over time?

Yeah, I mean, definitely. It’s funny though, because if I ever do listen to our older stuff I'm always expecting to think it's gonna be some earlier incarnation, but it actually feels like something we would do now. So I think we've gone really deep into just really developing our sound. I think how we write music now is very clear. We kind of recognize the different things that are a part of a Fat Freddy’s song in a way, It's kind of like a different language.

Who would you say your biggest musical influences are?

Well, the thing is we’ve kind of just been influenced from the context when the band formed. Mainly from the culture in New Zealand and especially Wellington at that time. Mu was DJing every night, and he was a very eclectic sort of DJ. One day a month, he goes through the Roots Foundation Sound System, which was basically reggae and played everything from old hidden roots reggae to a kind of more contemporary electronic influence dub and so that was going on. And then, in the horn section we were studying at Jazz school so were into everything from 60’s Blue Note jazz to more experimental forms. Dallas really comes from a soul background where he's trying to do something in the vein of Bill Withers or Al Green, So I guess everyone in the group brings different influences. So not one single influence but if I had to put it into one category I’d say it’s pretty evenly matched between electronic music and soul music. 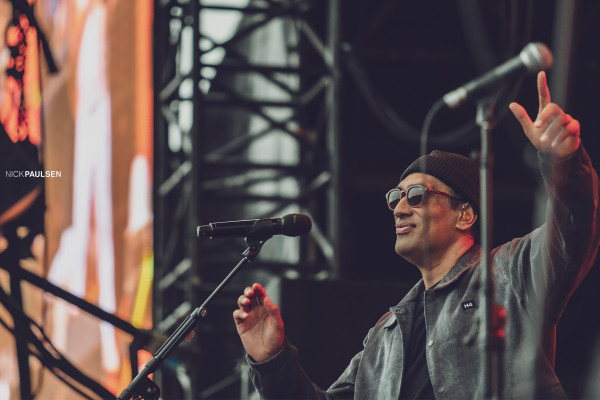 How did you get your name?

I wasn't involved in it. But it was Mu and Dallas that came up with it! It had something to do with Gilbert Kelton who is an underground comic writer from San Francisco. He had a comic strip called The Fabulous Furry Freak Brothers or something and there was an offshoot of that, which was to do with one of the one of the characters, and he had a cat called Fat Freddy or something like that. And anyway, It all started when that character was printed on some acid that was available in Wellington back in the day. So I think it's a reference to that! Years ago in the 90s we did a version of Hope and it was for a compilation that was coming out and they asked us “what's your name?” And Mu just came up with that, and then it's just stuck. Over the years, I don't know what is just folklore and what's true.

What's on your guys show rider?

Yeah, well, I'll tell you the show rider used to be just ridiculous, like full of spirits. There would be arguments over which spirit’s to get because some guys react differently to them. So then they'd be like, we can't have scotch, we've got to have tequila and then tequila would have some other kind of psycho effect on the band, you know? But to be honest with you, if we’re dealing with some promoter who hasn't dealt with us before they provide this extravagant rider and usually most of it is still sitting there at the end of the night. So the bad days used to be spirits but now I usually just have like a couple of glasses of wine. So it’s definitely changed over the years. I know the guy's thing is that they have to have a roast chicken at soundcheck which is bizarre. 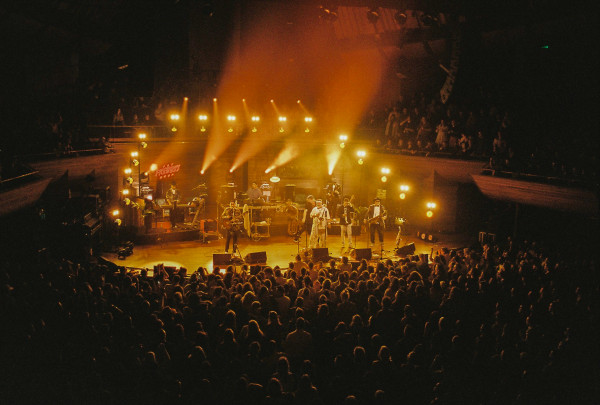 In your local opinion, what is the best place to eat in Wellington?

I'm just gonna stay in Newtown, because that’s where I live. And it's, you know, I just love going down to Cicio Cacio which does basic Italian food but they do it really well. Actually, we had this fantastic photoshoot there when we were promoting one of our albums, we basically just spent the whole day there hanging out, eating and taking photos and it was so much fun. But also, if you want to go more fancy is Mason, which is just next door. There's just a small crew who make super fresh tacos and other dishes and it’s really bloody good.

When you guys are on tour overseas what do you miss most about New Zealand?

Obviously my family and friends, but for some reason lately I get really frustrated that I can't just go into the kitchen and just start chopping up an onion. For some weird reason I have linked chopping an onion in my kitchen to being at home.

What would you like to say to your fans?

I'd encourage everyone to check out our film and our new album Wairunga, everything you hear on that is what happened outside in the elements. Grab it on the Fat Freddy's website or Youtube!

This pop-up speakeasy serves whisky in the most un…

Where to be during Auckland's Four Days of Fashion 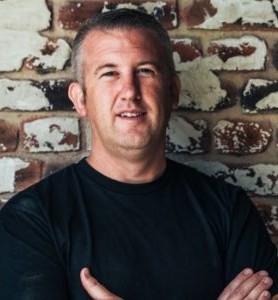