Pack your bags because these holiday destinations won’t exist forever! From global warming to natural deterioration, these beautiful and breathtaking locations will eventually disappear off the face of the earth as well as our bucket lists. Located in Italy, Venice is referred to as the floating city intersected by winding canals and dotted with rustic villas. Because it is built on more than 100 small marshy islands, the foundations of the city are very unstable. Venice is sinking 5 times faster than previously thought, so book a trip before it hits rock bottom! Mount Kilimanjaro is a mountain and national park which peaks through the clouds of Africa and is home to glaciers that are over 11,700 years old. The days to climb this astonishing peak are counting down as the ice sheet has shrunken over 85% due to climate change. Home to the pristine white beaches, the group of 115 islands in the Indian Ocean off East Africa are tagged with an expiry date.  Amongst the favourites for honeymooners, Seychelles’ sea levels are rising and could cover the whole island in a matter of 50-100 years. Although located on the underside of the world, Antarctica is a must-see experience which will make a voyage of a life time. However, the frozen paradise is slowly but surely melting away, not only changing Antarctica, but also the world. When we think ‘Madagascar’, we think rainforests and an array of wildlife. Home to over 200,000 animal and plant species, experts give the forests of Madagascar another 35 years before mining developments take over. The Great Wall of China stretches over 13,000 miles over slopes and clouds, proving to be seen from outer space.  It is one of the seven wonders of the world but is slowly deteriorating due to erosion. Off the coast of Queensland, the Great Barrier Reef has become an ecosystem that spreads over almost 133,000 square miles. Because of human induced climate change experts are describing the extreme temperatures as ‘frying’ the reef. Congo Basin is the world’s second largest rainforest which is often described as the ‘Lungs of Africa’ because of its rich wildlife and untouched forestry. Sadly, two-thirds of the forest is likely to disappear by 2040, due to illegal logging for palm oil plantations.

10 great places to drink by the fire this winter

Learn how to use Spotify Premium from Broods! 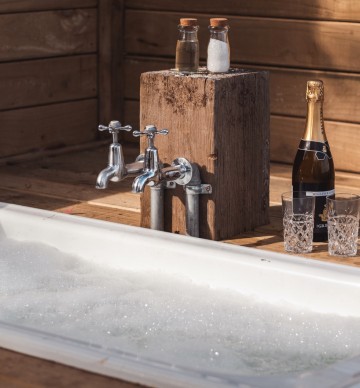