In celebration of a quarter-century anniversary of opening the doors to it's first New Zealand store, luxury fashion house Louis Vuitton have renovated and expanded their existing Queen Street store with grandiose results.

The new-look store is reason to celebrate for other reasons, as the Maison introduces permanent product categories to the New Zealand market for the first time, which includes both men's and women's Ready-to-Wear collections, as well as their signature fragrance line, Les Parfums Louis Vuitton.

Set over two floors, the Louis Vuitton Queen Street shopping experience is completely unprecedented. Demonstrating as much attention to detail and stylistic inventiveness for which the brand is known, Louis Vuitton have created dedicated spaces unique to the shopper, with the Men's Universe featuring warm and deep colours on the Ground Floor, while the Women's Universe will have shoppers giddy with excitement as they ascend the staircase to the First Floor.

Team Remix were lucky enough to visit the concept store upon reopening last Thursday, and have since a few key pieces to our Christmas lists. Check out our five favourite discoveries below:

Women's Ready-to-Wear Cruise 2017 collection
Drawing inspiration from the vibrant streets of Brazil, we were taken with the mix of bold hues punctuated with crisp whites. This royal blue ruffled number is our dream go-to piece for party season, while the utilitarian style of the stark white jumpsuit is a date night must-have.

Men's SS2017 Pre-collection
In a bold collision of culture, the new season men's offering is the brainchild of designer Kim Jones', with his African roots banding together with the rebellious style of London Punk, all put together with the emblematic savoir-fare of Louis Vuitton. These button-up styles feature two of 'The Big 5' speak volumes about the collection's origins.

Les Parfums Louis Vuitton
We're predicting this fragrance line is going to be huge this summer. With a range of seven delectable scents on offer, evoking a series of different emotions. Our picks? Rose des Vents and Dans le Peau are our new signature scents.

Christopher Croc
Harking back to a design revealed in the Fall/Winter 2014 collection, this re-imagined Christopher backpack is crafted in Crocodile and is luxury defined. 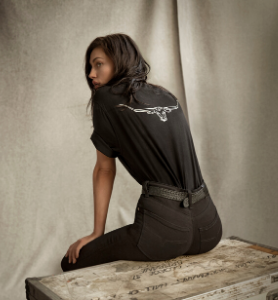 Phoebe Tonkin is the new undeniable character for … 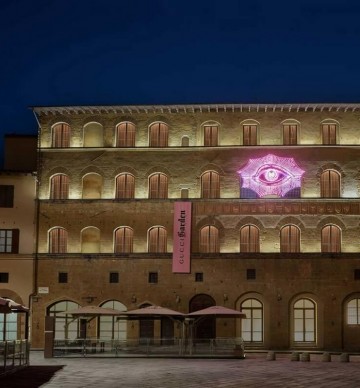 Fusing food with fashion: Inside the Gucci Garden