Game of Thrones star Alfie Allen talks to Remix writer Fiona Connor about early days as an actor, fake scripts, life on set as Theon Greyjoy and his reluctance to be typecast.

It was Alfie Allen's first time in New Zealand, but it won’t be his last. The English star was in the country recently to check out our fair shores in a short four day trip to Auckland to promote the impending release of the hit TV show Game of Thrones sixth season. Alfie is known for his portrayal of once tough guy Theon Greyjoy on the worldwide television phenomenon, though for those of you yet to familiarise yourself with Game of Thrones Alfie is also Lily Allen’s little bro; the song ‘Alfie’ is about him.

Alfie knew a little about our fair land, including our loss of rugby great Jonah Lomu. 'It made me so sad that someone so young lost his battle' he told me with compassion as if Jonah had been a fellow Brit. Then again, as a once keen rugby union player during his high school days Alfie sympathised with our Nation at the loss of someone so special. Apart from his insider rugby knowledge, Alfie seemed like just another tourist here to enjoy their time. 'I would really like to drive from the South point to the North point but we just don’t have the time. And abseil down the sky tower'… But for now he had a show to promote. It’s hardly by coincidence Alfie, or Lily, found themselves in the show business spotlight, with a handful of relations, including their parents already well established in the film industry. Father, Keith Allen is among many things an actor, Mum, Alison Owen is a film producer and Uncle Kevin is a director so it can’t have been surprising that at a young age he found himself wanting to act. 'I took drama through school and my Dad used to take me on set quite a bit and so I guess seeing him doing what he did influenced me. I’ve always liked being the centre of attention, so I just decided it was the way.' He auditioned for Uncle Kevin’s film Agent Cody Banks 2 and got the role after being tried to do a selection of accents amongst other child prodigies. Soon after that he was picked up by an agent and the ball got rolling.

Auditioning became a normality for Alfie but he says it wasn’t all smooth sailing straight away. 'There was a time where I went to teach kids how to snowboard for about 3 months, and I guess I came back from there and then landed a job in Atonement – the reason why was because the acting wasn’t going so well. I went to clear my head and try make sense of it. It can be quite demoralising.' Four years later, after a contrast of smaller roles, Alfie was cast in Game of Thrones in 2011, the show to go from once captivating the hard core book enthusiasts to the majority of television viewers.

Game of Thrones became a world-wide sensation but for Alfie who was cast as Theon Greyjoy, who then came to be known as 'Reek', he’s managed to stay humble and remains grateful to be just one part of a massive production. As we spoke in his Auckland hotel room he was nonchalant in demeanor but exuded a sense gratefulness. 'It makes me feel great that I am part of this huge show.' He says he didn’t expect the worldwide phenomenon aspect but how exciting it is. 'It just reaffirms and is testament to how bloody good the show is. It’s mind-blowing.'

With Season 6 looming, the anticipation for the next installment grows as audiences ponder where the story will go now the books have been succeeded. 'I watch the show. It’s such a long time from the moment you read the scripts to when you watch it on TV and then I forget parts when I watch it on TV. I am very excited to see how it all looks. I have only really have seen snippets of my parts.' Alfie was a little worried about just how much involvement his character was to have this season after the producers of the show gave him a fake script. 'I had a fake script given to me at one point. We get fake scripts. Kit (Jon Snow) had one. They only do it to their favourites though' he told me grinning from cheek to cheek.

Although being on an HBO mega show is truly rewarding, for Alfie it’s all about challenging himself, growing as an actor and working with really great people. He told me he is inspired by David Thewlis 'If I was going to emulate someone as an actor it would definitely be him. As a kid I liked Jim Carey.' But just because he has been a tortured soul, battered and bruised in this show, doesn’t mean he will look like that in his next production. 'I essentially just want things to be from what I did last time, I don’t want to be type cast.'

For the 29-year-old actor, there’s big things in the pipeline. What big things? Well he can’t talk about them yet but we believe him. For now though he’s happy where he is. 'I’ve been an HBO worldwide show, I’m not going to ever complain about anything.' With things going so nicely now, I asked Alfie to think back to those days on the slopes, when he was feeling as though the acting thing just might not work out and what his advice for a young budding actor may be. 'Don’t listen to the no’s and only do it for yourself. And don’t take yourself too seriously.'

You can catch up on Seasons 1 – 5 right now at www.neontv.co.nz

Demi Lovato's tell-all documentary has us in tears 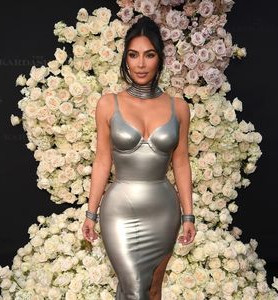 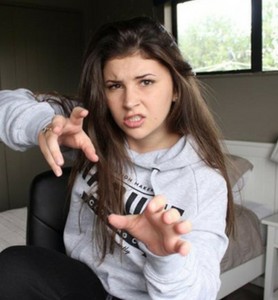