Bringing us their new album Total Depravity, featuring a favourite ‘King of Chrome’, London based indie band, The Veils and their lead singer Finn Andrews share with us some intimate details.

The Veils are a band best known for their chaotic and alternative music that brings us to a whole ‘nother world. Referred to as the young but maturing artist in the vein of Nick Cave and David Bowie, Finn chatted to us about their new album, influences behind their songs and what it’s like to have Bowie as your babysitter... Tell us about your new album...
It took about three years in the making- writing, recording and travelling round. I can’t believe it’s nearly out, it’s such a great feeling.

What are some influences and motivations behind your song?
I’m trying to get across what’s going on internally and externally. I write every day and you end up with a lot of songs so I choose a bunch and put them out!

Total Depravity is The Veils’ fifth album. How has the band’s style changed from record to record?
The last songs I wrote were from when I was very young in high school, so I really wanted to get away from that. By the time you finish up with an album you get really sick of it so you just want to move on to something fresh and new.

David Bowie used to babysit you! What was he like?
I grew up around a lot of these people because of my dad. When you’re a kid you have no idea who they are. They were just a bunch of random musicians walking around.

And you performed in Bowie’s tribute tour, ‘Waiting in the Sky’. That must have been incredible.
It really good fun. I wish someone had been filming from backstage because it was just as entertaining as what was going on frontstage. Great people from all over world and a great tribute to great man. It was really special.

What’s your craziest on-tour story?
They all bleed together after a while. The best stories all come from going into the night after a show- meeting people. That’s where all the good stories are- lead by people who know the place. I couldn’t single it out to one experience, it’s all a part of the delight of being on the road.

You recorded the album in multiple major cities - do different cities influence your creative process in different ways?
They all bleed in. LA had a bit impact on our music along with Auckland and New York. I’m not too sure how they influence our music directly but somehow they do. Subconsciously I guess.

You are part of the next series of Twin Peaks. How did that come about?
I was caught in the night fall at David Lynch’s house and I believe it was through that.

Is there any song you have a special connection toon the album over the others?
They’re all fresh off the press now. There are definitely a few… ‘King of Chrome’ and ‘Swimming with the Crocodiles’ are a couple of them. I’m really excited to play it in front of a crowd.

Dream collaboration?
I’d love to write a song with Thomas Wade before I die. That would make me happy.

When will we see The Veils play? Are you planning a world tour for the new album?
Yeah, we’re starting in Europe then to North America, London then down to Australia and New Zealand for the new year!

What are you listening to at the moment?
I’m listening to Al green and I’ve rediscovered Arthur Russel. They all begin with an A!

You grew up around musicians. Did your father’s (Barry Andrews of XTC and Shriekback) music inspire you to become a musician?
No actually. It was always the thing that always took my dad away in my younger life. It confused me - people taking hard drugs and looking very ill. You get older and that stuff sounds great! I only started writing songs when I moved to New Zealand at the age of 12 with my mother. I guess music was a way of connecting with my dad from across the world. It was something I did only when I was isolated from him. As I’ve gotten older it’s become a really nice shared thing that we talk about. We play each other our songs and records.

Post-release, what is on the cards for you and the rest of the band?
Rehearsing really, and going on the road again. I’ve written some solo records but I don’t know if they’ll ever see the light of day.

What’s the best thing about being in a band?
It’s a family really – a gang. We drift apart a little when we’re not recording. We’re all from complicated families so it’s a bit of a surrogate family as well.

Five movies to help you cope with Valentine's Day ... 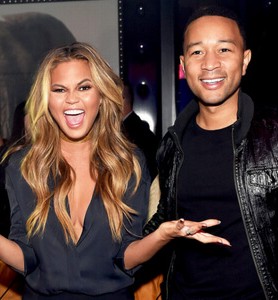