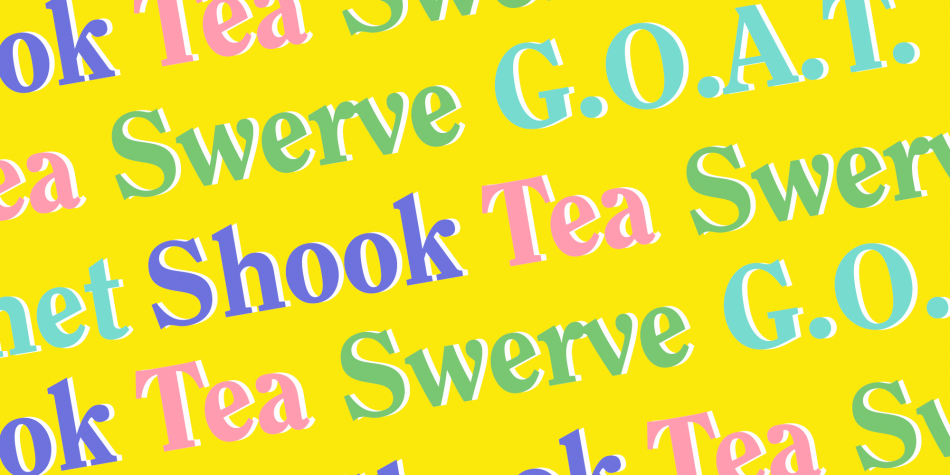 We’ve all been there, you’re chatting away with your Millennial or Gen Z buds and then all of a sudden they toss off a word that leaves you completely baffled.

Good grief, what do ‘stan’ and ‘flex’ mean, and why do so many people want to spill the tea?

Just like fashion and beauty, language experiences its own trends, and as we become further and further entrenched into the language of the internet, the lifetime of these trending words is becoming shorter and shorter… and believe us mamas, you have to keep up to stay woke.

If I went through the entire aughts dictionary, we would be here all night fam. So instead I’ve taken the liberty of breaking down the 10 most popular, longest enduring terms of the decade and outlined which should stay in the past, which are safe to journey forth, and which we should use with caution.

Definition: Crew, posse, gang: an informal group of individuals with a common identity and a sense of solidarity. The term is a bit flashy and is more likely to be heard in hip-hop lyrics than in spoken conversation.

Few words have stood the test of time quite like squad. But, sadly, recent times has seen the term weaponized by mean competitive girls as a way to exclude rather than bond, so we think it’s time we wave ta-ta to this one.

Stay in the past.

Definition: Selfies are a style of photography wherein:

2) and the camera is held by the photographer when the photo is taken.

Emblematic of our culture who are both obsessed with navel-gazing and self-commodification. For that reason, it should only be used when absolutely necessary.

Definition: An abbreviation that stands for 'laugh out loud' to you, but 'lots of love' for your mom.

A tale as old as time, lol continues to serve its purpose, and serve it well. And in the absence of any real alternatives, I have no choice but to deem it safe.

Definition: Acronym for ‘you only live once’.

Sorry Drake, but it’s over.

Stay in the past.

Definition: Acronym for ‘before anyone else’.

Bae has been unduly and eagerly adopted by the white community, where it has been subject to poor and overuse. Henceforth, it should be used only as an acronym of ‘bacon and eggs’, I will not be accepting any feedback on this.

Definition: A form of lust of or want of members of the opposite sex. This term can refer to both males and females.

Thirst is one of few words on this list that has scraped through unmarred by unassuming boomers, so it gets a yes from me.

Definition: Acronym for ‘fear of missing out’.

I’m in awe of the effective simplicity of FOMO, and because there is no easier way of expressing the anxiety of people having fun in your absence, it’s deemed safe.

Definition: only interested in things mainstream, popular, and trending.

Basic is hands-down my favourite slang word to come out of the aughts. I use it in every second sentence, and to this day there remains no better word to describe my arch-nemesis. So it’s a big fat YAAAAS queen from me.

Definition: over the top.

Extra is here to stay, and I ain’t mad about it.

Definition:  a reply to a comment that’s an affirmation or a signal of relatability, i.e., when someone describes how they are feeling, and a friend replies “mood.” It’s another way to say “same.”

Mood is a mood, but I’m sick of it. It’s skating by with a warning of occasional necessity, but I’m secretly hoping it will die silently in the 2020s.

Five minutes with Guardians of the Galaxy Vol 2. s... 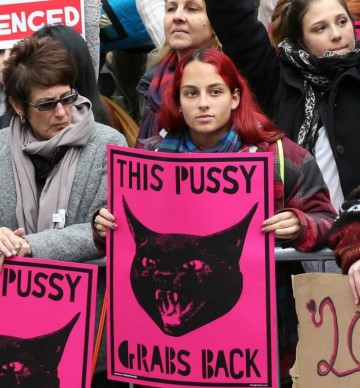 Why the 2018 Women's March is SO important