Cori Gonzalez-Macuer is set to be one of the comedians at this year's first Giggles and Vines. The first time that R&V is celebrating comedy with a stage and some of the best comedians around the country coming together to make us laugh. Remix writer Jamie Clements sat down with Cori to have a chat about how he thinks the new addition will work out, what people can expect from his show and his favourite joke... So you’re going to be a part of Giggles and Vines this year. How did you get involved with that? I’ve known Hamish a few years, and a few other people that work for them. We’ve met up a few times and talked about one day maybe doing a comedy stage, but it was always just kind of a chat we had and nothing really got done until a few months ago when we finally sat down had a meeting and got it sorted. Have you been to R&V before? Do you think the comedy aspect will work?  Yeah, well that’s the thing. The bands start later on in the day, so I guess people who really want to get drunk and stuff might wait ‘til then but from what I’ve seen online there are quite a few people that are keen to go to the comedies. We’re going to be doing three shows, so we’ll just see how the first one goes. There will be drunk people but you get that anywhere. Are you going to stick around for the music? Are there any acts you’re looking forward to? I’m going down with my family, and we have a little girl now, so might be hard to take her out. Either way it’s just cool to be down there, it’s a beautiful place and we’ll be staying in a nice house. It won’t be party party like other new years but we’ll still be able to do stuff. What can we expect from your Giggle and Vines performance? I don’t really know, it just depends on the first day. I’ll go in there and do what I usually do and then get the vibe from there. We have been talking about making it more like a variety show, maybe a carnival theme, a few of the other comics want to bring props in and do competitions, and maybe even have a roaming microphone. Get people up on stage, make it more interactive than a normal comedy show. We all loved ‘What we do in the Shadows’. What was filming that like? Did you enjoy working with Jemaine Clement and Taika Waititi? It was awesome. It was one of the best jobs I’ve had. When did we do it? Like three years ago, aye? Yeah that was awesome. So you just got back from touring in the U.S., how was that? Did you get much down time to explore the cities you were in? Yeah we did actually, I was away for three months. I was in America at the start of that, then went to South America, Mexico for a bit and then came back to America for the last month. Yeah, we went to New York and L.A., and only had gigs at night so we got to see a lot during the day. Do you have a favourite joke? Or something funny our readers could steal to impress their friends? I don’t really go out anymore, but when I went out and people came up to me asking for a joke, I would do a knock knock joke and then when they said “Who’s there?” Just tell them to fuck off. Best Gig? If I had to say one, probably the recent gigs in America. The Gigs were really cool. A couple of the shows in LA were some of the best ones. Do you find the humour different? It wasn’t too much. They just love something different over there. We were over there while ‘What We Do In The Shadows’ was being released, so that was quite popular, so they knew what to expect. They just love Kiwi’s over there. Embarrassing moment? Too many to talk about. I don’t know actually, probably surfing. I got a cramp and it looked like I was drowning so my dad jumped in the water to rescue me. I was a teenager and there were all these girls on the beach, and I had to explain I just had cramp. There are probably other ones I can’t mention though. Where do you see yourself in 10 years? Hopefully a big family, still doing what I’m doing now, things are going well and everyone is healthy. Final words on Giggle & Vines? I guess comedy is a new vibe that R&V is bringing. So, if you don’t like NZ comedy, it’s going to be different to what you think it is going to be. If it's shit, we just won’t do it again. Start drinking at the comedy instead of preloading at home. Interview by Jamie Clements Feature image sourced from eventfinda.co.nz 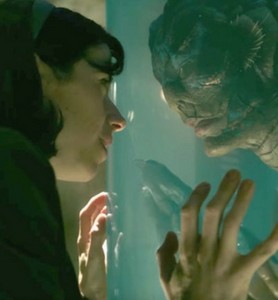