It's almost that time of year again!

The time of year when the models of the moment strut their stuff amongst colour, confetti and sparkly lingerie. Whether you've never watched the show, or follow it religiously, there's no denying that the Victoria's Secret annual show is a spectacle of glitter and fun.

The show has seen some of the world's largest names grace the runway, in a yearly celebration of fun and creativity. More than just unrivalled bodies gracing the runway and making everyone a little jealous and heading for the gym; the show is a chance to bring music, fantasy and fashion to a global stage.

This year, the show will take place in Shanghai, and will feature some of our favourite past Victoria's Secret faces. Alessandra Ambrosio, Adriana Lima and Candice Swanepoel will be walking again, along with Taylor Hill, Karlie Kloss and our very own Georgia Fowler. The Hadid sisters have also taken to social media to confirm their involvement - will Gigi's famous boy support and perform too? Zayn, we hope so!

A number of newcomers will be taking the stage this year, strutting alongside the best of the best. Samille Bermannelli is one to watch. Having walked for some of fashion's largest names such as Armani, Kenzo and Valentino, Bermannelli has a solid history and is likely to fit right in with the other VS women.

Norwegian native, Frida Aasen, another newcomer, has graced the pages of Vogue numerous times and has been featured in campaigns for the likes of H&M and walked for Prada, Louis Vuitton and Jeremy Scott.

Grace Bol will also be making her Victoria's Secret debut. The American-Sudanese beauty has previously walked for Vivienne Westwood, Balenciaga and Givenchy. Victoria's Secret and its extensive following, has been the prime spot to show a model 'has made it'. So it's very likely this will not be the last we see of these gorgeous gals. These newcomers have large, sparkly heels to fill; but we're sure they'll wow us all!

It's also looking like VS fave, Kendall Jenner won't be walking in this year's show. Sources close to the Kardashian/Jenner clan say that Kendall's lucrative new lingerie deal with La Perla is reason for her no-show. According to the source, Kendall's contract features a non-compete clause, meaning she has to side-step Victoria'a Secret this year and focus on La Perla.

Although the musical acts have yet to be announced, based on previous years, we can expect top-tier performances, and a night to remember!

The Victoria Secret show will be airing on the 28th November. 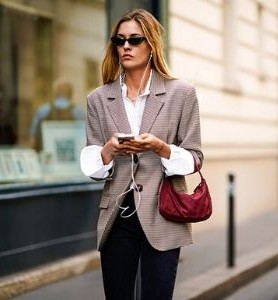 Selena Gomez and The Weeknd have made it Insta-off…