With mere days remaining until the 88th Academy Awards is upon us, the buzz surrounding whether Leo will take out the Best Actor nod for his role in The Revenant is gaining momentum.

The Oscars seem to be the only awards show where Leo hasn’t won an award, despite numerous nominations. Whether it was his role as the increasingly erratic Howard Hughes in The Aviator, or as Jordan Belfort in the Martin Scorsese film The Wolf of Wall Street, we sure aren’t alone in thinking Leo has deserved the win many times.

Here's a look back at 8 times where we think Leo performed just as well, if not better, than he did in his role as Hugo Glass in The Revenant.

1. The Aviator The Oscar-nominated biopic The Aviator, directed by Martin Scorsese, was where we saw Leo really establish himself as a major actor, breaking out of his post-Titanic teen heartthrob shell. Not that we really wanted him to…

2. The Departed In yet another Martin Scorsese film, Leo played the role of Billy Costigan, a cop who goes undercover to infiltrate a gang in South Boston. DiCaprio shone through in the film to rave reviews not only from the critics but us too.

3. Inception Leo plays a thief, who has the ability to enter people’s dreams and steal their secrets, in this science fiction thriller. Once again, he played the character exceptionally well, enhancing the film as whole, and making us fall in love with him even more.

5. Shutter Island DiCaprio plays U.S. marshal Teddy Daniels, who thinks he is on the hunt for a missing inmate on Shutter Island, an asylum for the criminally insane. However, Teddy is actually a patient himself, and Leo is perfect for the role, conveying all the emotion that was needed to make the film a hit success.

6. Titanic Jack Dawson will always be one of our favourite Leo characters, due to how incredibly well he played the role of the struggling young artist. With how young and unexposed he was to the film industry, it allowed Leo to fill the character with an air of cockiness and recklessness that melted the hearts of girls worldwide.

7. Catch Me If You Can Teaming up with director Steven Spielberg, Leo starred in the real-life story of Frank Abagnale, a con artist, who conned millions of dollars as a check forger. DiCaprio brought a sense of charm to the role, and excelled once again in portraying a sense of charisma and wittiness, his roles so often allow him to display.

8. Django Unchained The Tarantino-directed Django Unchained allowed Leo to play racist and sadist Calvin Candie, and it seemed he relished the role, as displayed through his performance in the film. This man can do no wrong! 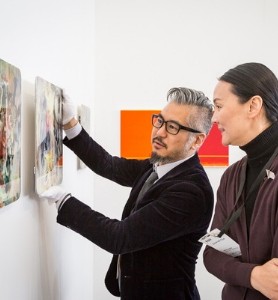 How to spend the perfect day at the Auckland Art F...