Hollie Smith is one of New Zealand’s most renowned artists and after a five-year hiatus, she’s finally back. Her new album ‘Coming In From The Dark’ was released on October 22nd and it’s some of her best work yet. 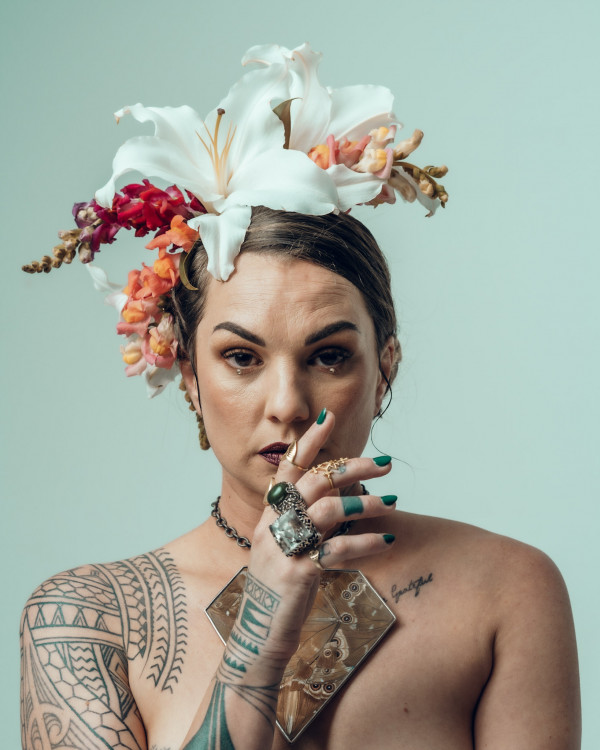 In celebration of her fourth album release, Remix talked to the Kiwi icon about being a creative in uninspiring times, her support network of other influential artists and how the conversation of sexual harassment is finally happening.

Yeah, I mean, it's been a funny time, obviously!  Over the last year, I've just been puzzling the album together and trying to navigate that and then just sort of trying to figure out how it's all gonna roll out in these crazy times.

We're so excited that you're releasing new music but due to the times we're in have you had to pivot and rethink the way you release it? Or have you just taken it with a grain of salt and accepted it for what it is?

It's definitely hard with the uncertainty. I haven't released anything in quite a while, it's been about 5 years and the industry changes so rapidly. People were still buying albums back then so now the decision making and strategies are a little different on how things are going to roll out. But then also, with the circumstances of the modern world which is falling apart, it's hard to plan anything. We're planning to go on the road at the end of October, we started creating some new dates thinking they might not go ahead, but now we've decided to stick to the original plan and just hope for the best. I think the biggest struggle is definitely the uncertainty of everything, it can be really disheartening.

Your new album is set to release on October 22nd, what inspired this project?

The writing has been ongoing since the last record so this new project kind of covers the last five years and there's been quite a lot that's happened over that time. We started recording about this time last year so we've been sitting on it for a minute! It addresses a few different things as a whole with multiple different threads interwoven throughout. There's definitely more relationship-themed things in there which I normally wouldn't write about. 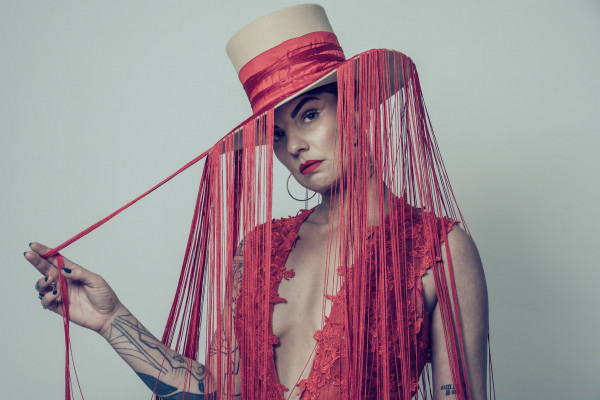 As a creative in this time, whether it's musical or just as a creative thinker, how have you stayed inspired?

It's quite funny, I'm part of this group with Anika Moa, Julia Deans, Anna Coddington and Reb Fountain, and we call it The Coven, but basically, it's just a little support network where we all catch up and talk about what's going on. We had a Zoom the other week and it's quite interesting just how similar our thought process is in regards to the lockdown thing. We all felt uninspired and unmotivated to do anything creative. I think there's just something about the energy that's quite draining and tiresome, even though you're not doing anything, your brain just can't handle creativity. I've actually managed to write a couple of songs but there's no way I could do lyrics right now. I've actually surprised myself as well because I've been doing exercise every day which is not usually a regular occurrence. I do exercise but I don't get up and do something every morning so that's been really good for my head and for creating a bit of a routine. I feel like if I get up and do something physical then I'm allowed to do whatever I want for the rest of the day. At Least I know I've done something.

You probably don't pick favourites with your musical children. But do you have a favourite track on this album or one that particularly sparks a chord?

The single ‘What About’ I think might be one of my favourites. It's just a little bit different from my usual. ‘You’ is another one, which is the final track on the record. It has a little Sol3 MIO in the outro and it's just all a bit wild and crazy. The whole album covers a bit of ground for me, with multiple different elements.

How does it feel waiting for the album to come out?

I mean, like I was saying before, the industry now is so different and the way that people are streaming and listening are a bit different. Normally I just release one single before the record but this time we've done four singles to try and get an engagement with each track. Then ideally people will navigate towards the record if they like what they're hearing. The difference in strategy has been quite interesting for me because I've been doing this for so long and there's always a bit of panic wondering if it might not work. So, it's a little bit terrifying as well as exciting and I can't wait to see how people react. I really love this record and I think it's some of my best writing but you can never know how it will be received. 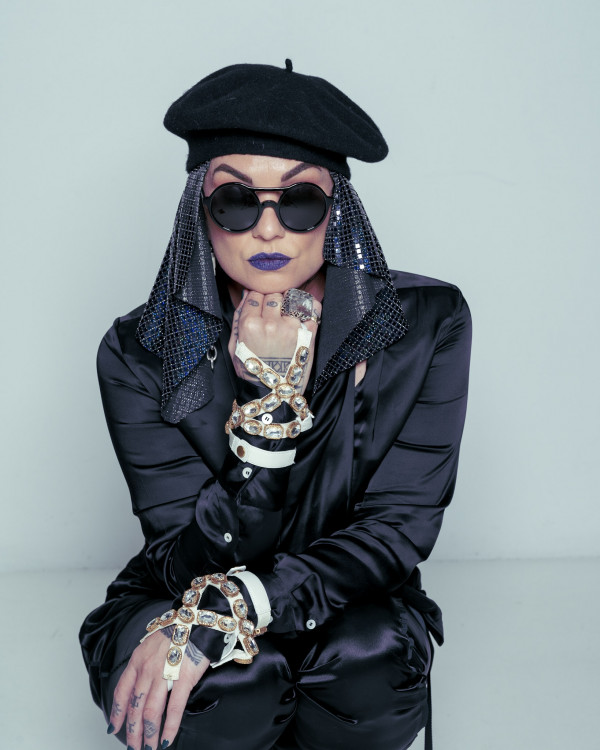 How excited are you to play live again?

Very! We actually thought we'd release the album in July and then it got pushed back and so I haven't really played that much this year at all. Obviously, you want a little bit of performing space before you go on tour, but having it pushed back kinda means I haven't done a lot! I'm really excited to play some new songs and arranging the live set is a really cool process. When you're playing new music there's always an extra bit of energy involved because it's something different. At the moment it's all touch wood and fingers crossed, but I hope it all rolls out as I’ve planned. We're pretty much hitting all the main centres and a few extras so I’m excited to get around the country after being unable to for a while.

One saving grace about all this is that Kiwi artists will be headlining festivals this summer.

Yeah, there's some really cool festivals happening and I'm really looking forward to playing at some. But hopefully, next year, I'll be able to do some extra stuff and maybe do an acoustic tour through small towns and try to get out and about. The only thing with doing an October/ November tour is that heaps of people have now rescheduled the gigs that have been cancelled so it's going to be a busy time for the music industry.

How would you describe your experience in the New Zealand music scene as a female artist? And what would you like to see change?

Within the industry, I've been really lucky. I haven't experienced anything personally within the industry and have been lucky to have such a great support network. I think I probably scare most people away! But the conversation that has come up is obviously important and long overdue. It's obviously quite distressing as stories come out and there are lots of different feelings about that. You start second-guessing everybody and who it is and if people are okay and then you're kind of feeling guilty because what if this was happening right in front of my eyes and I just wasn't aware. But, the conversations that have started have been, I think, incredibly positive and immediately there was a really great response from males and females in the industry coming together and putting systems in place to help people and be more aware of situations. There's been a number of positive steps and I think that will continue now that the awareness is there and the conversation has started. I think that's the thing with the music industry in general, and in New Zealand, it can be really tough because it's such a small industry. But then at the same time, with it being such a small industry, it does mean that there is a lot of support and genuine friendships. There are now lots of support networks for people if they need them which is so great to see. We're also a small country which means things feel more personal, and it affects people regardless of their involvement.

I don't want people to think that that's what this industry is based on. I don't want people to think that this is just something that we have to deal with as artists. With the younger generation aspiring to be involved in the music industry I would hate for parents to not allow their children to get involved because of this cloud. I think it is taking its toll on everyone in regards to feeling responsible, but that's also a good thing as we can start moving forward and start creating positive change with awareness. 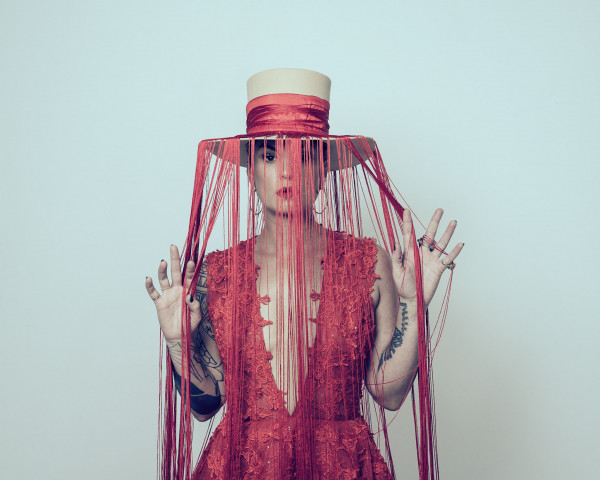 Education is definitely a big part... And not just in the music industry.

It's about letting people know that some behaviours that used to be okay, actually weren't ok and we don't want that to continue. Even just basic things like catcalling and all those things that people kind of just throw away. It's time to start taking responsibility for behaviour and opening up education on boundaries that need to be set and that's in every single industry and walk of life, not just the music industry.

What kind of advice would you give, regardless of what we just talked about, to younger artists trying to get their foot in the door?

Learn about all the different aspects that go into creating music, learn about all the different areas and there's a lot of support in New Zealand. Learn how you can utilize things to get people aware of what you're doing. You can kind of do it all yourself now, you've just got to put in the work to learn about it. Trust your own sound and if you're passionate about it and you work hard there's nothing else you can really do.

What are your future plans for your music?

I would love to travel again. I'm having massive withdrawals and I keep finding myself playing PlayStation and playing games where I'm walking through New York, basically living vicariously through a fake character. I guess that's the one thing that's frustrating about the circumstances, I'm finding it hard to plan things because you don't know what's going to happen. Hopefully, it won't be another five-year hiatus between albums like last time, I’m taking it one step at a time.

What do you want to say to your fans?

Even if you don't come to my tour just get out there and support live music, try and buy tickets and merch. Support local and hopefully, that will help us out.

Find more information and tickets to her upcoming tour here. 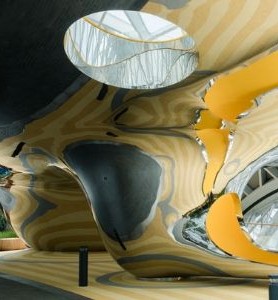 The final architectural wonder has been unlocked a…

Ariana Grande is now an honorary citizen of Manche…