Last month, we celebrated our most major milestone so far, our 20th Anniversary. We decided to mark the illustrious occasion by holding a ball, presented by Samsung, which saw 250 VIP’s fill Auckland’s War Memorial Museum for a three-course dinner, champagne, speeches and music. The evening’s festivities were captured on the new Samsung Galaxy S8, from the grand lighting installation in the foyer to the stellar performance by Ladi6.

In retrospect, we looked back at the last 20 years, and celebrated the ICONS who had made our journey such a remarkable one to date. A part of our double-decade-long story in their own special way, and in attendance at our 20th Anniversary Ball, these ICONS were captured by photographer Garth Badger on the new Samsung Galaxy S8.

Beautifully presented in the museum’s upstairs foyer, the Angus Muir Design light installation proved the ideal background for Garth’s ICONS shoot. ‘It was really easy to make every shot look unique because of this installation and the angles of the light beams,’ Garth explains.

‘The light was really well diffused which was an alternative way of lighting a portrait, and it made the ICONS look really good.’

While the experienced photographer had shot on Samsung smartphones in the past, it was his first time using the new Samsung Galaxy S8. A definite shift from the traditional set up he’s used to, Garth explains how it isn’t always the device you use that allows for the perfect shot. ‘I’ve always believed it’s not about the camera you use, it’s about the way you use it.’

A lot smaller than other camera gear Garth has in his arsenal usually, being able to store his camera in his pockets between shots was a new luxury for the talented snapper.

Fully enabled to shoot in low-light conditions, Garth was delighted to capture key elements over the course of the night on the GS8 – a cutting-edge video of Ladi6’s performance, snaps inside our dynamic photo booth, the media wall photos of guests arriving and the ICONS with the Angus Muir Design light installation.

‘We were able to authentically capture moments that we could never have done with traditional equipment,’ Garth says of his experience with the GS8.

‘I used the Galaxy S8 to capture lots of creative angles… I was also able to shoot high quality video and stills.’

Keen to take a leaf out of Garth’s book? Give his three pro tips a go next time you’re snapping away on your phone camera:

The result? Nothing short of spectacular.

Without further ado, we are beyond proud to introduce our Remix ICONS:

Discover the full ICONS shoot in the latest LOVE issue of Remix magazine, out now! Available at all good news agents, bookstores, and supermarkets. 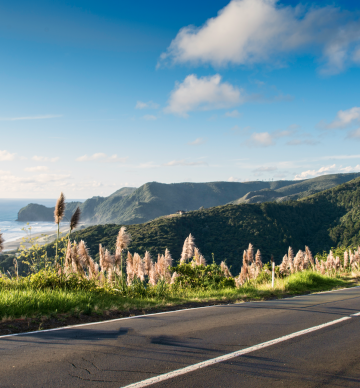 The road less travelled; where to go on a Kiwi roa…