It is a pivotal time to be having open conversations about sexuality and gender identity. Which is why Remix chatted to LGBTQIA+ activist and educator Deni Todorović about personal pronouns, empowerment and, above all, empathy for the LGBTQIA+ community. 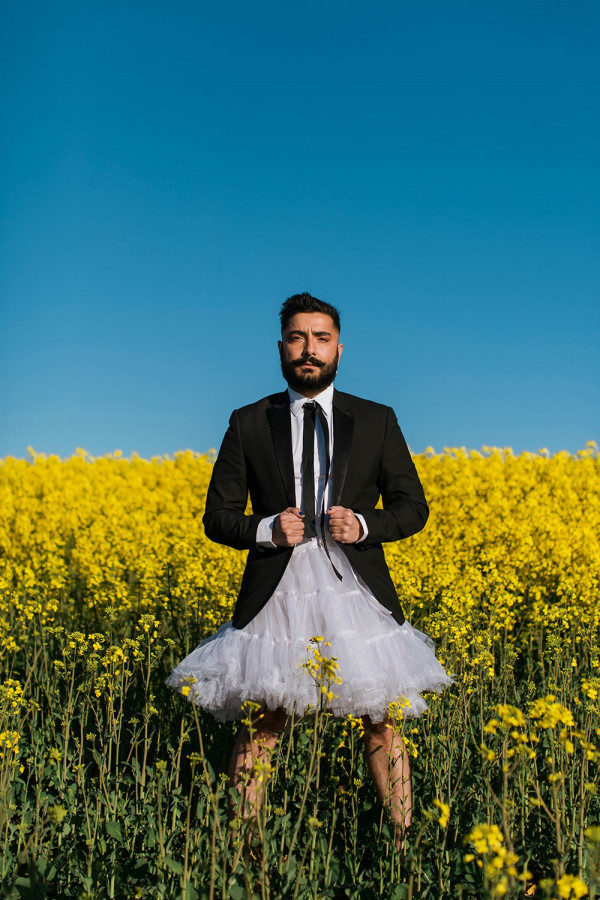 How can we be better allies to the trans and non-binary community?

I think the first step to being an ally is understanding that, whilst you may never understand what it feels like, you can still stand with the trans community. Last year when so many social justice movements were happening, like black lives matter and trans lives matter, there was this great quote that was circulating that said something to the effect of, ‘I will never understand but I will stand by you’. I think that is the first step.

The second step is to approach this with empathy. I think often fear is the route of so much transphobia and people are very fearful of trans people trying to either invalidate cis people’s gender identity or eradicate gender altogether, but that's not the case at all. We want to live harmoniously with you. So just approach this moment of education with great levels of empathy.

The third step I would say is to never assume someone's gender identity based on the way they present themselves. Historically, we approach conversations with these instant gender stereotypes and biases based on someone's physical appearance. Gender identity is so layered. Just because someone looks to you as male or female doesn't mean that that’s the case.

What kind of language can people use in order to show empathy and respect to this community?

The best way to understand someone’s gender identity or potentially clarify that person’s gender identity is to create a really safe space for them. The quickest way to do that is to introduce yourself with your own identity via your pronouns - adding pronouns to our email signatures, to our instagram bios, where possible in everyday conversations. Whenever I introduce myself to a group of people, especially digitally, I always open up with ‘my name is Deni and my pronouns are they/them’. I do that because it lets the other person know how I identify and therefore they can lead into that exchange with respect. It also gives that person a green light that I am a safe space for them to do the same thing. So much of allyship comes from showing that this is an equal playing field - I will respect you if you respect me.

To further that, I think pronouns have confused some cis people and they think pronouns only apply to queer people or its not something they have a right to put in their bios when really thats not the case at all. Second to our names, the reason why pronouns are so important is because they are the next thing we use to identify people and to speak to people generally when they're not around or in a group scenario. Cis people have actually been using pronouns in everyday language forever, it's just never been more highlighted to them then it is now. It’s really important to understand that they/them/theirs has been used in the singular without you even realising. An example I always give is, if you were to walk into a room and someone left a water bottle on the table, you would instantly say, ‘oh someone has left their water bottle here. We should probably find out who they are and get in touch with them’. You use that language for that person because you are not aware of their gender. They/them pronouns are used in the exact same way.

What is your advice for best informing friends or family that don’t understand about your preferred pronouns?

I think it would be to really simplify and normalise pronouns. What's really important to say is that you will stuff up my pronouns. I will stuff up my own pronouns and the pronouns of other non-binary people - I do it all the time. We are human, we make mistakes and we are also trying to rewire our brains so it's very normal for people to stuff up a few times but the more you do it, the more effortless it becomes.

To explain to a family member who doesn't understand it, I would flip it back on them. I would say things like, ‘in the same way that you know at your core that you are a cis man, exactly the same thing applies to trans people’. They know in their core that they are trans. No one has to tell you how you feel, you know how you feel. Sadly, because of the world we live in, we are often programmed to feel certain ways. I’d always throw it back on the other person. You know you’re a boy because you just know that, so similarly trans people know the same thing and they deserve equal respect.

Can you clarify, for those that don’t know, what the difference is between trans and non-binary?

This was one that took me a little while to wrap my head around because for a very long time trans has been portrayed, particularly in the media and the news, as a very binary transition. It’s been portrayed as male to female or female to male. We’ve seen this with people like Caitlyn Jenner and Laverne Cox. But actually, if you google the definition of transgender, transgender simply means that you don’t identify with the gender that was assigned to you at birth.

When I came out as non-binary, I didn’t feel like I could use that word because for me, that word was reserved for a male to female transition or a female to male transition. It’s also a really powerful identity because trans people, particularly black trans women, have been at the forefront of fighting the fight for the queer community. But when a non-binary friend of mine explained it to me and broke it down for me, I was like ‘oh my god, of course I’m trans’. Trans is an umbrella term just as non-binary is an umbrella term and there are many gender identities that sit underneath that.

How did you reveal your preferred gender identity to your loved ones and what was that like?

I came out over a year and a half ago. It was really really hard. I came out as gay at 19 and then I came out as non-binary at 32. It was really challenging because I didn't really know how they would take it. My parents took it pretty tough. It wasn't that they didn't understand it but they were very challenged and confused by it, I guess. They were very fearful about my safety, my life, how I would exist, relationships and a whole bunch of things. So I really approached it with a great level of sensitivity and care. I came out to my best friends first and then a month after coming out to my best friends, I came out to my parents. It wasn't until 4 weeks after that that I changed my pronouns. I was still reluctant to change them because of my own internalized transphobia and misogyny. When I changed my pronouns, that was then another hurdle they had to face. Only recently have they started to use my pronouns. So yeah, it's been a journey!

How do your non-binary and queer labels empower you?

Oh my gosh, so much. I think when you find a language, a word, a pronoun that honestly reflects who you are at your core, it's so affirming and it’s so liberating. It's exactly how I felt when I came out as gay - finally I can breathe. Coming out as non-binary and changing my pronouns felt very much like that - an exhale moment.

What is your advice to someone who is struggling to come to terms with their sexuality and gender identity?

Never ignore your intuition, your intuition is always right. Also know that this is a very fluid process. I think people get scared about stepping into any kind of label or identity because what if they don't like it or what if they actually find that it’s not aligned with who they are. So my advice would be that it is fluid. Our sexuality and our gender identity is ever-evolving. You can come out as gay today and realise tomorrow that you’re bi or pansexual or maybe you were just going through a season of exploration. I don't like to ever call these things phases but sometimes people do just go through a season of exploring and that's fine! So I would just say listen to your gut, be open to the evolution and really search for safe spaces, whether thats groups of friends, queer venues, spaces on the internet where you can further educate yourself - I did so much research and reading and listening and watching before I really was like ‘this is who I am’. There’s no race, you’ll get to that destination when you're ready.

What question do you hate being asked about your sexuality and gender identity?

It's not so much questions, it’s more statements. People will say things like, ‘you’re really a boy though, you’re a man, you’ve got facial hair and you have a d*ck’. And I have to say, ‘no, that’s not how it works.’ That probably grinds my gears the most. Something that really annoys me that I get more frequently than people would think is when I'm in a male restroom (there’s not many gender neutral toilets around where I live in regional Victoria). I use male restrooms because of my anatomy. Often I will be in a male restroom and I'll be wearing a dress or a pair of heels and men will say to me, ‘what are you doing in here? Surely you don’t belong in here’. That hurts.

How important do you think it is to have open conversations about gender identity and sexual characteristic variations on public platforms?

I think it's crucial. It has the ability to change people’s lives, to save people’s lives. In Australia, the 2019 statistics of suicide showed gay people were 5 times more likely to attempt suicide and trans people were 11 times more likely to attempt suicide than cis and het people. So the more we have these conversations, the more we are vocal on public platforms, whether that's instagram, magazines like yours, tv networks, the more mainstream media are talking about this, the more important it is. It needs to touch all of those people. A little boy in Wellington can hear something on the news about this and it has the power to save his life.

Harley Quinn will star in her own Suicide Squad sp… 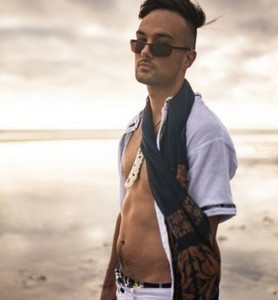 We sat down with NZ Music Month's most innovative …