When Beyoncé ambushed unsuspecting listeners with her fifth solo album in 2013, it showed her mastery of the levers of power in today's pop landscape. At a moment when a star's every move ends up on Instagram for all to see, she managed to assemble an entire album – with accompanying visuals – in secret.

Beyoncé is showing her cards a little more this time around – though the release of 'Formation' in February was another guerrilla strike, it alerted the world to the prospect of more new music from the singer. Earlier this month, she teased something called Lemonade on Instagram. She stoked the fire with a short trailer on HBO for the visual filled with agitated bursts of noise, flickering lights, and vague voiceover pronouncements: 'The past and the present merge to meet us here.' No one knew what the 'World Premiere Event' would include, but everyone knew it was coming.

When Lemonade arrived on Saturday night on HBO, it turned out to be another visual album. The music is now available on Tidal; here's a breakdown of the hour-long special. Structure:
Lemonade is a visual album – a number of music videos offset by chapter titles like 'Intuition,' 'Denial,' 'Apathy,' 'Emptiness' and, eventually, 'Resurrection' – connected by a voiceover from Beyoncé reading poetry by Warsan Shire.

Story Arc:
Lemonade traces a story of infidelity and reconciliation. It starts with Beyoncé questioning her relationship. 'Are you cheating on me?' she asks the viewer. When the evidence of unfaithfulness becomes conclusive, her first move is protest – 'They don't love you like I love you,' she intones – followed by anger: 'I'm gonna fuck me up a bitch,' she says gleefully in one song, baseball bat in hand. (Later she adds, 'You ain't married to an average bitch, boy!') But after she appears to cut loose from an untrustworthy partner – 'Me and my baby gonna be alright, we gonna live a good life' – the tale shifts towards cease-fire and reunion. The hour ends with shots of happy couples and an assertion that our heroine will move forward. 'My torturer became my remedy,' Beyoncé explains. 'So we're gonna heal. We're gonna start again.'

Visuals:
Lemonade riffs through a number of settings, but most of it is resolutely southern – a plantation house, muggy porches, a short portion where Beyoncé rides horseback, references to New Orleans, swampy scenery. Flames are another recurring motif: early on, the singer stares down the camera as everything behind her explodes; later, she poses regally behind a low wall of fire. Tunnel imagery appears frequently as well – Beyoncé sings one song at the end of a long brick passageway, and the camera often creeps slowly and evenly down hallways, building tension as it might in a horror film. Beyoncé handled some of the direction herself, along with Kahlil Joseph, Melina Matsoukas, Todd Tourso, Rikayl Rimmasch, Jonas Akerlund and Mark Romanek.

Guests:
Beyoncé pulled in a number of high-powered black women to help her with Lemonade, a group that includes the tennis star Serena Williams, the young actresses Quvenzhané Wallis and Amandla Stenberg, and the actress/singer Zendaya. Sybrina Fulton, mother of Trayvon Martin, and Lesley McSpadden, mother of Michael Brown, are also featured. Jay Z and Blue Ivy both appear in the later parts of the short film, when the story is focused on reconciliation and future happiness.

Some guests are also heard, but they are not seen. The Weeknd provides a vocal during one song, and James Blake contributes to another. Beyoncé uses a prominent samples of Isaac Hayes' 'Walk On By' and a speech from Malcolm X; she also honours Nina Simone, letting the singer's voice drift from a turntable without any manipulation. Though Kendrick Lamar is featured on the album, he didn't rap during the visual presentation.

Songs:
The music in Lemonade is mostly a step away from the bunker-busting power of Beyoncé and follow-up singles like '7/11' and 'Formation.' The trap-inflected percussion that dominates modern pop is mostly absent, in fact, a number of tracks in the film are spare piano ballads, mostly keyboard and layered vocals. One song approximates the country blues, with an interjection by a jaunty brass band; there are injections of snappy funk and rock gospel; one slick . When Beyoncé is reveling in her anger, the soundtrack approximates a spirited bar band cover of Led Zeppelin, and she sings as if gargling gravel.

Written by Elias Wright for rollingstone.com 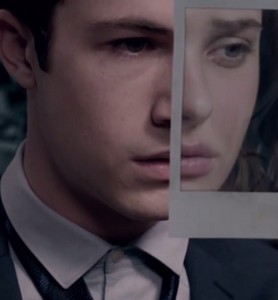 Finally! This gripping Netflix original is back 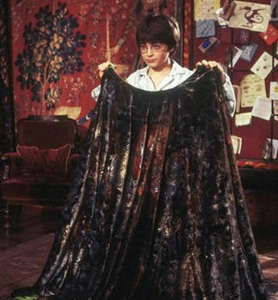 There's a new 'The Devil Wears Prada' in the works