In 2020’s unforgettable nationwide lockdown, Chris carved out a space for himself in what is possibly the funniest coming together of hobbies: comedy and felting. A comedic skit man and stage actor for years, it took the country being at its most captive for the masses to discover the pure hilarity of Chris, who felted, danced and baked his way to stardom with a number of viral solo Instagram videos. Remix editor Amber caught up with Chris to laugh back at 2020 and discuss why he loves unfunny people... 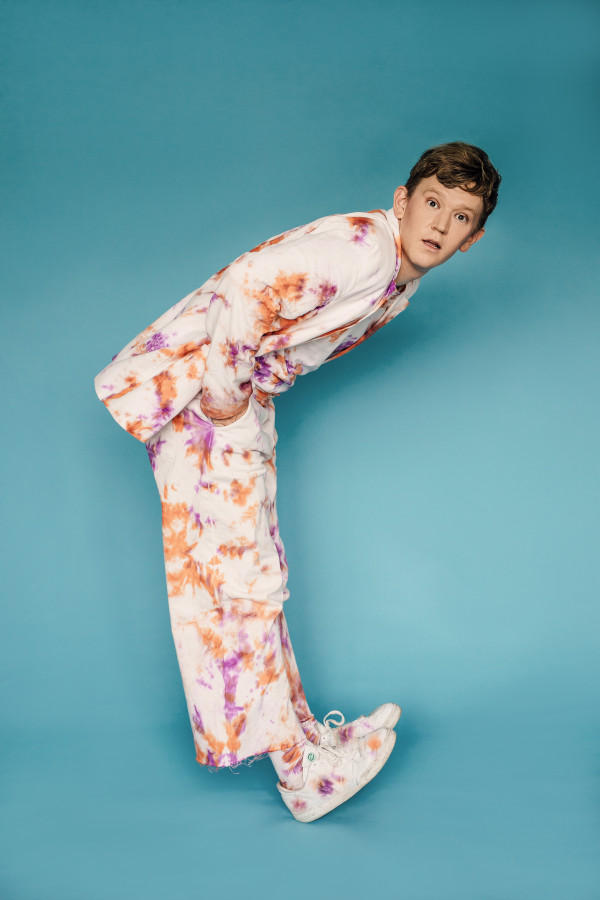 How did it all start for you...

I was kind of always doing comedy. I went to a very rugby-obsessed high school, Christchurch Boys Highschool, and they produced like 46 All Blacks or something crazy. I and a couple of guys would do improv theatre sports before assembly and that was our way of surviving that space, just by being ‘the funny guys’ even though we were still the ‘drama fags’, and we were constantly called that. It was like they were saying ‘we hate you and respect you’. I did all that and then I got super ‘alty’ and decided to really live the Wellington city fantasy, chowing back all the mochas and wearing boots. Then I moved to Auckland and that's really where the comedy took over. I get stuck waiting for opportunities, I hated that in the film/TV industry there are so many audition-wait processes and I just thought it was so disempowering and that's how I started making my own work.

Yes so it was during lockdown when your content blew up last year, do you remember the first video that went viral?

Probably it was maybe walking down the street and saying ‘hi’ video. That's when I really got into it and started making videos from Monday to Friday. I used to make really bad videos when I was super unemployable but now they’re hidden away on my private YouTube page. I’m a full extrovert which is something I only recently learned. You’ll never find me nestling in a book. I’ve gone on a journey of just being explosive and outgoing. I really enjoyed having this larger than life attitude and I want to keep pursuing that.

What are you doing when you’re not filming Instagram skits?

So many people met me as a felter or Instagrammer but I’ve actually been working in theatre and TV writing for a long time. I've been chipping away at it for years. There are always so many things on. It's like being in a kitchen with 10 pots boiling, everything has to be simmering. 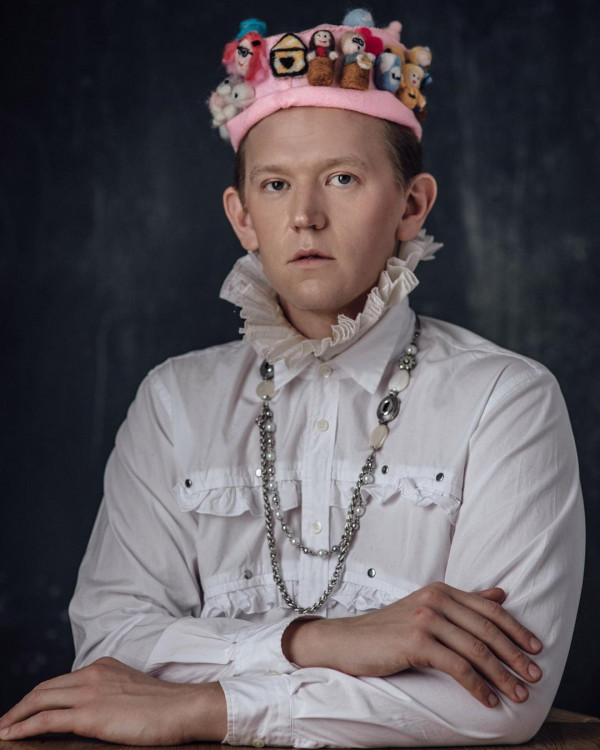 I think it's writing a film for me. My way into this was through drama school, acting, storytelling, and plays. It was always about making people laugh but it was through being in something, so I really want to work on my writing. I’ve kind of got two films on the go which I’m writing and one is with Tom Sainsbury which we’ve been writing for 5 years.

Obviously, you're a giver of laughs, when is the last time someone else made you crack up?

Probably my core group of friends. I mean my boyfriend is constantly making me laugh and often his jokes are really bad and that's what I find so funny but he persists. He almost doesn't care and he likes to connect with a gag which I find amazing. But otherwise my core group of friends mainly from Snort - they're all legends who make me laugh more than anything. We’ll have meetings and then on the drive home we’re just laughing - nothing is off limits which I love.

It sounds like you’re naturally surrounded by funny people, do you ever come across someone who is so dry and different to you? How do you handle that?

I love those types of people! Everyone is interesting and I almost think that people who are intentionally trying to be funny around me are less interesting to me than the really dry kind of person who I actually find so fascinating and want to know more about. Like that guy over there for instance in the cowboy hat [Chris points to a man in the bar], what is his STORY? [laughs]. 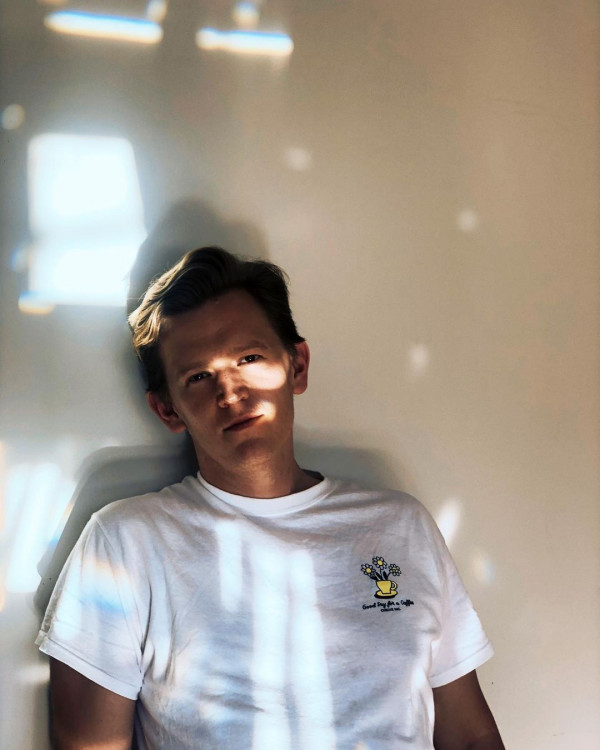 Who would play you in a movie about your life?

I would want to play myself because I still need the work... let's be real. Otherwise, Tom Sainsbury would be cast as me.

If you weren’t pursuing comedy, what would you be doing?

My parents live over in Banks Peninsula and every time we drive past, there’s this giant shed which I’ve always dreamed about owning and running these little tea rooms. So if you’re just like on a road trip you can stop over here, and there would be this very gay man running these very camp tea rooms. You’ll have a great time. I would bake and try to be good at it. I think that would be very satisfying dropping off goods to people's homes too.

Is it weird that people recognise you out and about or is that amazing?

It’s really sweet. It's the most niche crowd. I mean it's unbelievable how supportive they are of this. So I’m like I know they’re really good sorts and I love to just meet them on the street. Lots of people come up to me and they're like my girlfriends would really love a picture and she's like in a corner mortified but I’m always so excited to meet them both. 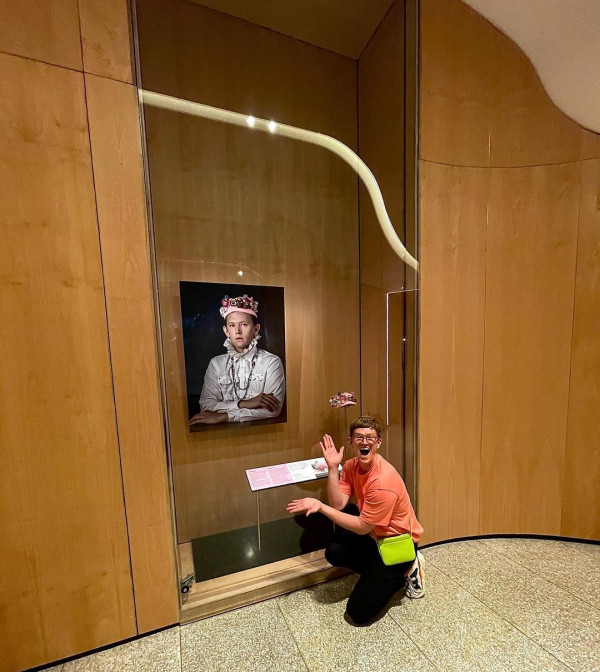 Do you find it hard to keep things PG and PC with your jokes?

I mean I would never make fun of my friends in that way. Being in a space where I was called ‘faggot’ and gay at high school, I know what that feels like so I wouldn't wish that out into the world. My goal is to make sure everyone is included and safe and I just want to make people laugh - it feels good to me when I get a good crowd that is laughing. It feels better than getting a laugh out of people at the cost of someone else. 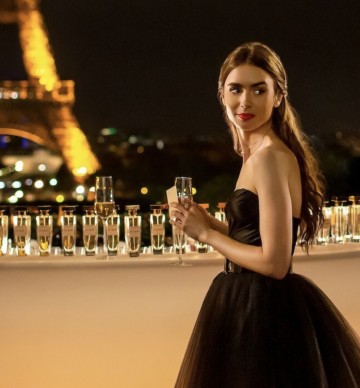 Emily in Paris: The new Sex And The City?