Driving through California, the last thing you would expect to see is some 13th Century castles... but you'd be surprised to discover so many of these beauties are planted around the U.S.A, and date back to 1838. These castles weren't exactly built for luxury, but who can tell the difference! These will all definitely be on your to-do list for your next American trip.

From 1855, this Norman-style caste is located near the centre of the National Mall and is made from red stone. This castle served as the home and office for Joseph Henry who was the first Secretary of the Smithsonian. Today if you visit this beauty you will find a visitor centre for the Smithsonian Institute.

This gothic style mansion overlooks the Hudson River and is just north of NYC. Designed in 1838, this mansion is a standing example of Gothic Revival architecture and was built for the NYC mayor William Paulding. It was then later used as a summer house by railroad tycoon Jay Gould. Nobody currently resides in this abode, but it is open to the public as a museum and can be used as a wedding venue.. goth themed wedding anybody!?

Located right in the heart of New York City, this castle is not one you would expect to see. Central Park's co-designer Calvert Vaux decided to place this castle right in the middle of the park in 1865 as a whimsical landmark to be discovered. In 1919 it became a National Weather Service station and today serves as a visitor centre and is open to the public.

While on the train from Grand Central, you may notice the ruins of this castle located right in the middle of the Hudson River. Built by Francis Bannerman VI in 1901, a Scottish owner of a military surplus company - he used this as a place to store his company's cannons and other supplies. Sadly being ruined by a fire that destroyed the interior in 1969, the castle provides walking tours and is accessible by a tour boat or kayaks for those curious explorers.

A castle built for royalty, the Iolani Palace is the only official royal residence in the U.S.A. King Kalakaua, his sister and Queen Liliuokalani all resided here from 1882 to 1893 who were the last two monarchs of Hawaii. Over the years it fell into disrepair and has since been renovated and opened to the public for tours.

Named after Walter E. Scott, a con man and gold prospector who never actually resided in this 1922 castle, which was nicknamed after him since he convinced a Chicago couple to build it. Sadly not open to the public due to a flash flood, it is still standing but is yet to be reopened.

This 20-room cliff castle is located 70 feet up a limestone wall and is approximately 800 years old. It's name comes from settlers who thought they had discovered ancient Aztec ruins and associated it with emperor Montezuma. Although you can't go inside this castle, it is still worth traveling 26 miles south of Sedona to check it out.

Inspired by Kilkenny Castle in Ireland, this mansion was build in 1904 by Howard Gould and his wife Katherine Clemmons. As all actresses do, she decided she didn't like it and they built another mansion on the property and used this castle as their stable and servant quarters instead. Now used for a sound stage for film and TV production, this medieval castle can also be rented for weddings.

Taking over 15 years to build, this castle is located in the heart of California's Napa Valley and comes with a drawbridge and torture chamber, how exciting. This medieval castle now is used as a tourist destination and costs $25 for a general admission ticket.

Newspaper guru William Randolph Hearst was lucky enough to call this amazing residence home. He had to leave this 165 room castle in 1947 before it was completed due to his failing health, but now it is open to the public as a museum.

Located on the St. Lawrence River, this castle was built by the founder of New York's Waldorf Astoria Hotel, George C. Boldt. This 120 room castle was built for his wife, Louise who sadly died before the castle could be completed unexpectedly - which leave George to heartbroken to ever return to the castle. Remaining abandoned for 73 years, the Thousand Islands Bridge Authority eventually restored it and opened it to the public in 1977. 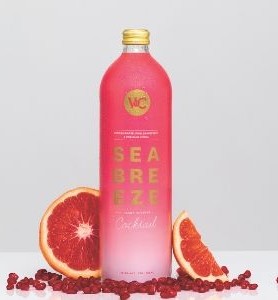 Clever cocktails for Christmas: Making the most ou... 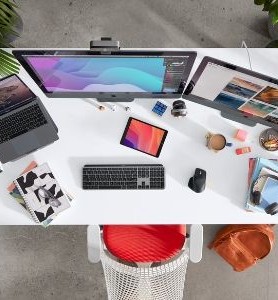