The first week of June is an exciting time for all you theatre buffs, with the inaugural Auckland International Cabaret Season taking place from June 4th to June 8th in the Concert Chamber at Auckland Town Hall. Ahead of this five day feast of comedy and drama, Remix online editor Steven Fernandez spoke to Australian writer and actor Tommy Bradson about his show Men My Mother Loved and his first trip this side of the ditch. Steven Fernandez: How did you initially get into theatre? Tommy Bradson: Through the stage door. SF: You've been described as 'poetic filth'. Why do you think you've been given that label? TB: Some of my shows have been focused on dark and very adult content. I think I write in a lyrical fashion. Or I attempt to. I won’t let a phrase or line slip by unless I am sure of its necessity to the joke or the narrative or the punch. And I have said some pretty dirty things in the past in other shows. SF: Tell us about your show Kiwi audiences will be seeing, Men My Mother Loved? TB: There is poetry. But very little filth. Mostly rock and roll. This show is about my childhood and my mother’s adolescence. She was a mad groupie for ‘80s rock bands in Sydney and I was born of and into her love for rock and roll. I was raised on records and late night gigs and by groupie mums and this show is an homage to that golden era of music that made me the man I am. I’ll be covering some AC/DC, Nick Cave and INXS among others. SF: Tell us about your first show When the Sex Is Gone? Are your shows always vastly different to the previous ones? TB: I guess they are. It’s always me and a band. So that remains. But I get bored easily. And the writer in me wants to create new things all the time so I do short seasons and I do them quickly and I do them all over the place and all the while I’m making the next one and then I start all over again. New music, new characters, new silly accents, new stupid jokes and falling around, new tears, new fear… new heels. My first show was about a hermaphrodite boxer/stripper. My second was a ‘fuck you Disney’ retelling of Hans Christian Andersen’s The Little Mermaid. My third about my mother and her love for rock and roll. My fourth is about a dysfunctional ‘60s suburban family hosting a surprise 16th birthday party. SF: How do the ideas come to you? Just in the middle of the night? How are you inspired? TB: Almost by accident. I don’t go looking for them. If I did that I might never think of or write anything. But I don’t sit and wait either. I have to read. I have to walk. I have to collect lines or pictures or poems. And I have to write. Even if I’m not sure what I am writing I have to allow good things, good ideas to find me. And I have to be open to failure. To having many many shit ideas before the glimpse of a good one. SF: Do you ever get nervous? TB: Always. I’m nervous now. SF: Have you ever had a real tough crowd or horror story performing live? TB: I once had a hens night attend one of my shows. I don’t think they bothered to read a blurb or look at a poster or anything. It was a late season of my first show When the Sex is Gone. It is an aggressive trans-cabaret-punk-rock-performance-art piece. I sing. I tell stories. And sick jokes. And sometimes I thrust in people’s faces. Lots of folks loved it. But this one night about 12 girls came in all dolled up and one of them had this neon flashing tiara on with the fake veil and the stupid grin and all I could see was this flashing crown over the crowd and they were nice and drunk and they were yelling obnoxious things and I thought if I was going to get married I wouldn’t be celebrating by watching some tranny do cabaret so I said some nasty shit about marriage and sort of laid it on her and she got upset and so did all the girls and they stormed out of the show. The rest of it went really nicely. The show I mean. I don’t know about her marriage. SF: Do you spend much time here? Will you get some time off and, if so, what will you get up to in Auckland? TB: This is my first time ever in New Zealand and I am so very keen. I have heaps and heaps of New Zealand friends in Sydney. I have to go to SPQR. I have to visit Rotorua. I have to eat melted cheese in some Japanese place near the town hall. And I have to bring back Marmite for everyone. I am so looking forward to finally getting to hang out in Auckland and being asked to perform there as well is the icing on an already awesome cake. Tommy Bradson performs as part of the Auckland International Cabaret Season, taking place at the Auckland Town Hall Concert Chamber from June 4th – 8th. For more information, click here. 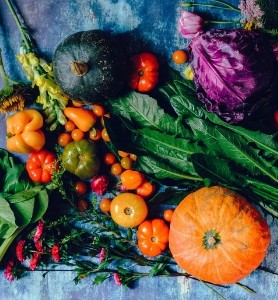 How to make the most of Autumn’s season produce

Simon Gault returns from his two-year hiatus with ... 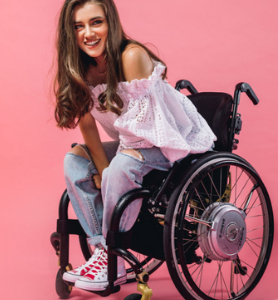