2022 has seen no shortage of collaborations amongst big names in fashion. Combining existing brand visions with fresh perspectives, these sartorial alliances keep fashion aficionados on their toes, while giving us the most stunning array of pieces that combine the genius of both. That being said, the Bulgari x Casablanca collection might be at the forefront when it comes to the brilliance of the collab movement. 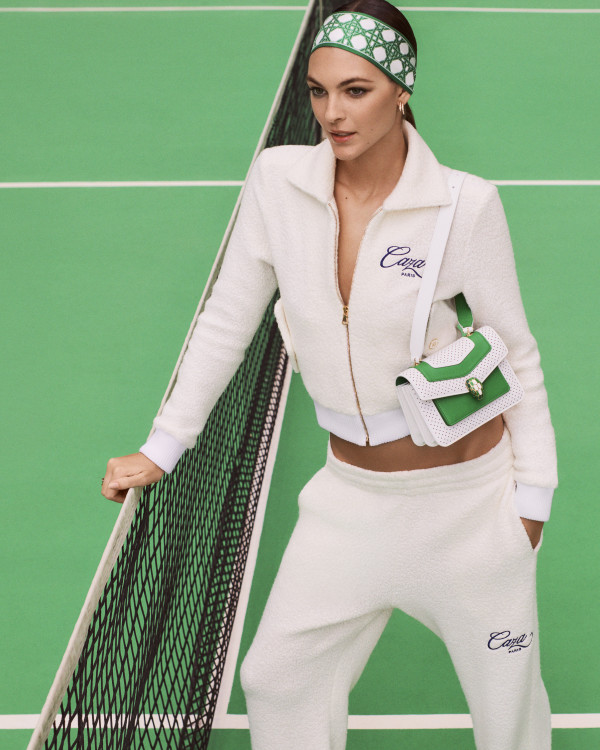 Casablanca, the Parisian house known for mixing the essence of après-sport with the luxury aesthetics of the Mediterranean, has partnered up with Bulgari to reinterpret the house’s mythical motif - the Serpenti. Reimagined through a playful yet chic accessories capsule collection, the brands’ collaboration signifies the metamorphosis of the iconic snake.

This designer duo is part of Bulgari’s ongoing collaborative series “Serpenti Through The Eyes Of”, which since 2017, has captured the endless evolution of the Bulgari snake through the bold vision of different talented designers. However, the partnership between Bulgari and Casablanca is way more than a stop along the way, it’s a masterpiece that balances the elegance of tradition and the creativity of innovation. 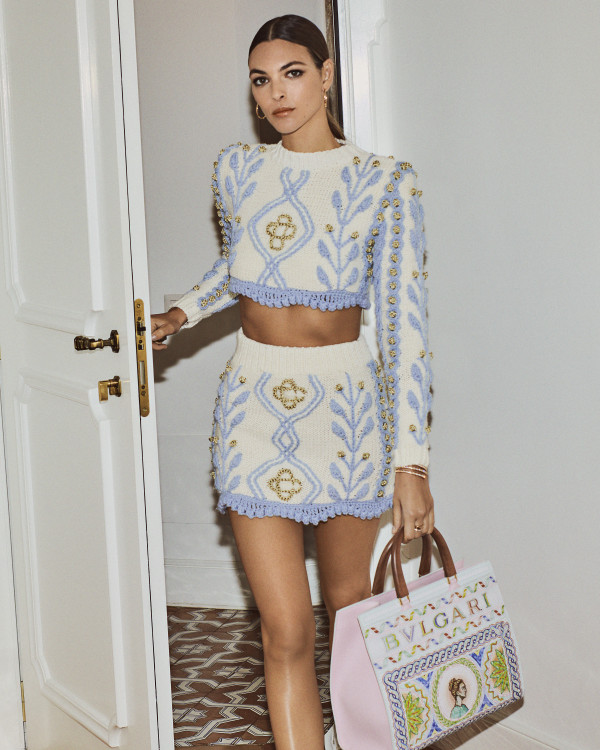 “With Bulgari we share the same love and respect for timeless codes and the ambition to interpret them in new ways: this is the prism we have played with on this collaboration. The collection is both modern and classic at the same time. Serpenti has a thousand-year old iconography behind it and we wanted to bring it back once more but in a modern way, playing with its aesthetic features,” explained the Creative Director and Founder of Casablanca, Charaf Tajer.

Divided into two launches, the 7-piece collection is driven by Casablanca’s two central design muses, namely sport with the Après Tennis Story, and artistic heritage with the Mosaic Story. 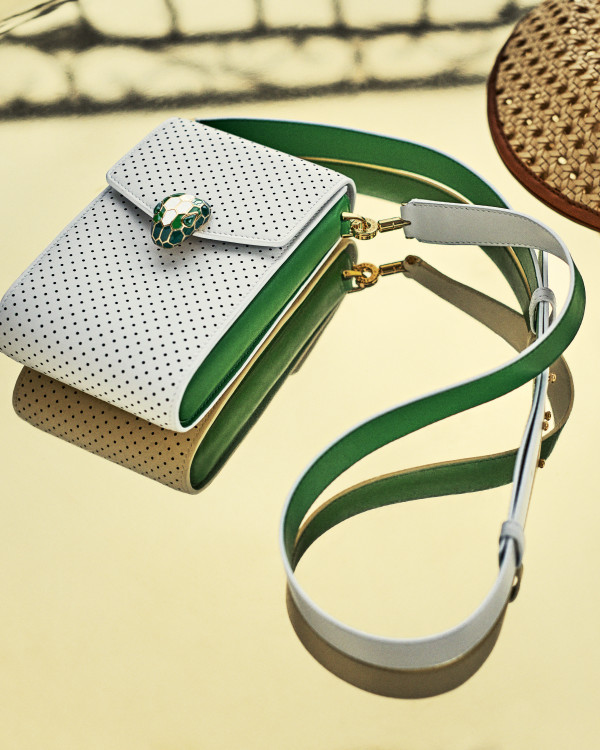 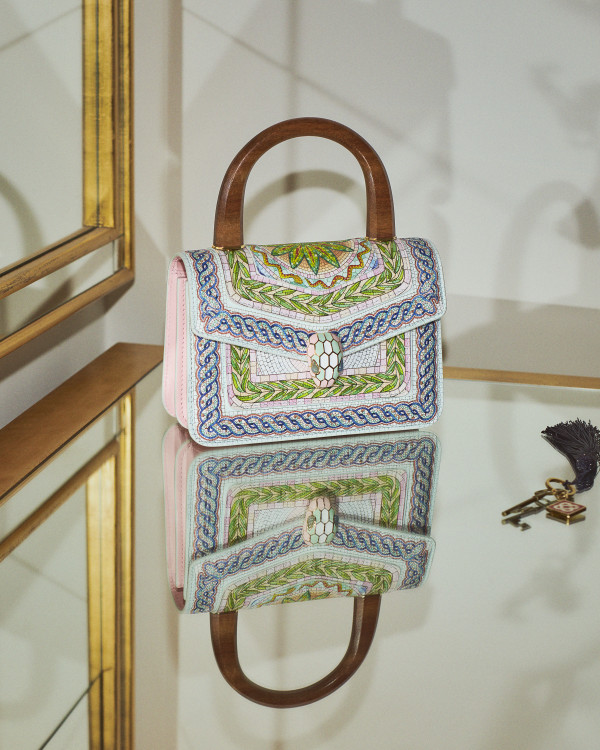 From the world of après sport to a territory which is deeply linked to Bulgari’s identity, the second story takes its inspiration from Rome’s magnificent splendour.

Inspired by the mesmerising mosaics which pave many of the Eternal City’s most stunning villas and landmarks, the collection boasts a vibrant and bold print, mixing a contemporary neo-classicism with Casablanca’s trademark vacation mood. Evoking a modern take on the eternal beauty of Rome, the vivacious pattern is printed in a raised texture on top of the calf leather body, to authentically convey the three-dimensional texture of the mosaics. 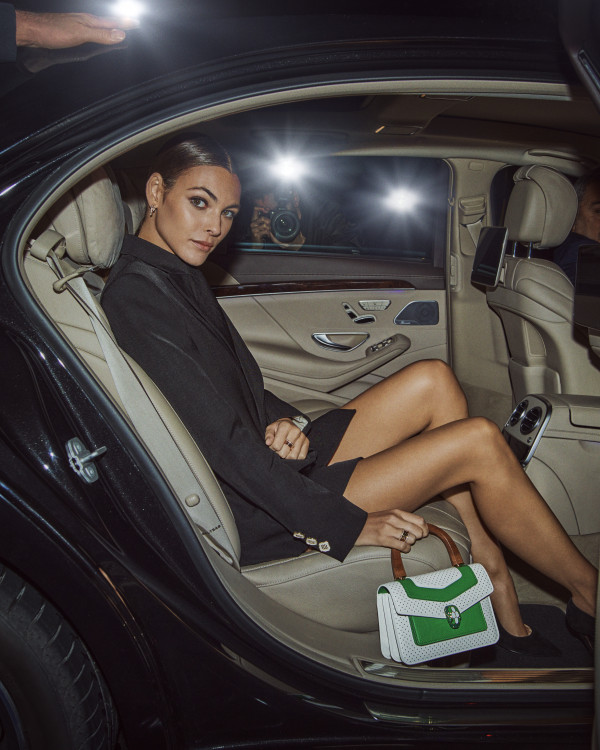 Serpenti is a Bulgari icon which sheds its skin in order to be reborn. An emblem of change and growth, its evolution through the unique visions of other designers makes it timeless in its essence. What other motifs have weathered the storms of style and still remained relevant in the way the Bulgari Serpenti has remained iconic? This collaboration not only emphasises the creative spirit of the Casablanca brand and its individual sense of inspiration and expression, but simultaneously upholds the eternal prestige of the Bulgari house.

The collection will be released in selected Bulgari boutiques worldwide in two instalments, respectively on shelf in 20th of April 2022 (the Après Tennis theme) and 20th of May 20th 2022(the Mosaic theme). 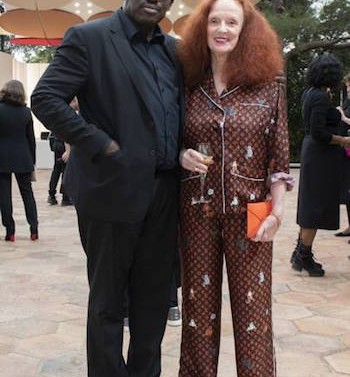 Louis Vuitton x Grace Coddington is for the fashio… 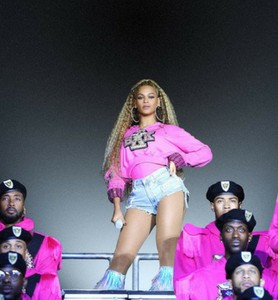 Beyonce and Balmain charitable merch is on sale! 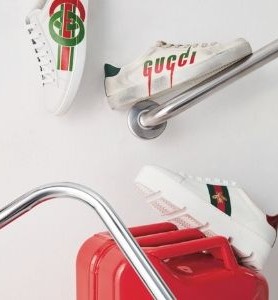