Lilly Singh, a 28-year-old hailing from Canada, is better known as her YouTube persona, iiSuperWomanii.

Calling her multi-talented is an understatement; the vlogger, rapper, comedian, actress and motivational speaker is about to add author to that impressive list with the release of her much-anticipated first book, How to Be a Bawse: A Guide to Conquering Life next month.

1. She’s the founder of GirlLove
Lilly is most definitely out to change the world for the better and is the founder of GirlLove, an online movement to break the cycle of girl-on-girl hate. ‘Goodbye hate, hello Girl Love’ is its motto and it won the Social Good award at the Streamys this year. Lilly toured around the conventions that the Me to WE organisation held and sold her rafiki’s which supports the Malala fund, ‘fearlessly and lovingly fighting for women’s education.’ 2. She collaborates with the best in the biz
While it’s common for YouTubers to collaborate with fellow YouTubers, Lilly went outside the box for her '12 Collaborations of Xmas’ in December creating comedic content with actresses, actors, internet talent and even a wrestler. Hilary Duff, the kids from Stranger Things and Pitch Perfect’s Adam Devine were among those featured in hilarious relatable skits. Throughout the year she also featured the likes of Michelle Obama, Victoria Justice and Zendaya on her channel. 5. She’s YouTube’s Beyonce
Showcasing the powerhouse of a year Lilly has had, she starred in YouTube Rewind, alongside many other successful YouTubers, as Beyonce. Lilly released her own movie A Trip to Unicorn Island, traveled across the globe for different projects, released a lipstick called ‘Bawse’ with Smashbox cosmetics, wrote a book and not to mention - surpassed 10 million subscribers on YouTube and was awarded with the coveted Diamond play button. Phew! Has the biggest celebrity feud finally come to a e... 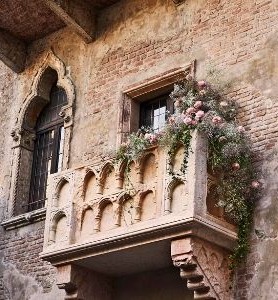