Halloween is just around the corner which means we need some serious costume inspiration. You could dust off last years costume or even get creative with special effects makeup, but this year we are looking to our fave celebs for Halloween inspiration and entertainment. From Katy Perry's odd costume choice in 2014 to Heidi Klum's annual surprise get-up, we have chosen our top celeb Halloween ensembles from over the years: These two sweethearts are definitely Halloween couple goals with their tribute to Alice in Wonderland. But let's be honest, after the release of Suicide Squad earlier this year, the Joker and Harley Quinn couple costume is sure to be a Halloween favourite! Frida Kahlo has become an admired feminist and fashion icon over the years, but combine her striking look with our modern power icon, Beyonce and you've got a match made in heaven! Beyonce looked absolutely stunning (as usual) in the floral get-up with her bold brows, rosy cheeks, and statement earrings. Our former cover girl, Iggy Azalea took her outfit one step further with a super cute dalmatian dog as one of her accessories. Along with the statement wig, black and white palette, an oversized fur coat and long, satin gloves, Iggy really channelled the evil childhood character. Yes, you read that right! From cupcake bras to popcorn inspired dresses, we all know Katy loves to add delicious food to her outfits, but this get-up has to be her weirdest yet. Complete with a Cheeto bag, this look may not be your first choice but it's definitely entertaining!

Ed Sheeran as the Gingerbread Man from Shrek (2014) While this look was from one of his concert dates, it still had to take a spot on this list. Ed not only sings about the Shrek movie in his song 'Wake Me Up,' but he also has a Puss in Boots and Gingerbread Man tattoo. As if Ed couldn't get anymore adorable! This costume suits Gigi's fun-loving yet sexy personality perfectly! The tight curls, along with the black leather jacket and high waist pants make it a simple costume to create, but so iconic at the same time. It just shows that even if you're exclusively invited to Heidi Klum's annual Halloween party like Gigi, you can wear something so simple but still rock it.

Kourtney Kardashian and her little one's as Superheroes (2015) Kourtney rocked her supermom side with her three superhero children Mason, Penelope and Reign. Group costumes always make Halloween prep more fun, so grab your family or friends like Kourtney and choose your Halloween theme.

Beyonce and Blue Ivy as Janet and Michael Jackson (2014) From one music royalty to the other, the Carter duo paid tribute to the Jacksons for their 2014 Halloween costumes. From the red and gold jacket to the white socks and bedazzled gloves, Blue totally rocked Michael's iconic 1984 American Music Awards look! Heidi has been named the Queen of Halloween for her outrageous costumes over the years. In fact, her costumes are so detailed and different that we should probably call them transformations! While her transformations take months of preparation and a full day of constructing, there's no doubt that her efforts are impressive and well worth every second spent perfecting. After all, Heidi does host the biggest Halloween party of the year so looking the part is essential, even if she doesn't look like herself!

So, what are you dressing up as for Halloween this year? 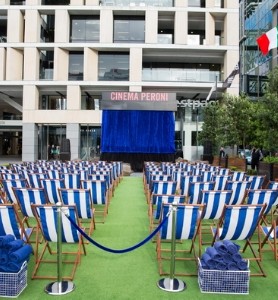 It's A Roof Shout!

10 photographs to remind you that Kiwi coastlines ...

The insta-famous 19-year-old behind this eco movem...