Our favourite bunch of rum-swigging, machete-toting misfit pirates are back, in the newest Disney/Jerry Bruckheimer film, Pirates of the Caribbean: Dead Men Tell No Tales.

Reprising his role as the infamous Hector Barbossa, Geoffrey Rush was only all too happy to pick up his feathered hat, put his pet monkey, Jack, on his shoulder, and fall back into old habits.

While Pirates of the Caribbean: Dead Men Tell No Tales is the fifth instalment of the popular movie franchise, Rush admits he isn’t bored of his role yet. ‘I haven’t tired of it because every time they send the next script, Barbossa seems to morph or transform his character,’ he explains. ‘In Dead Men Tell No Tales, they’ve given him a whole new dimension, so it’s always felt very fresh in new ideas for me to take him in a different direction.’

The 65-year-old Aussie actor felt instantly attracted to Barbossa’s character when he received the script to the first film more than 13 years ago. ‘The appeal was finding something… that was so far away from my own personality,’ Rush says. ‘He’s a ruthless old bastard.’ A world away from roles Rush had played previously, he explains how playing a villain in a big film is far removed from any other role he’s played before.

Without giving the entire plot away, fans of the franchise will be interested to see how a change of fortune affects both Captain Jack Sparrow and Barbossa. ‘Jack’s pretty much gone down the toilet. He’s hit misfortune. Whereas Barbossa… has risen very much to the top of the tree, so there’s an interesting new dynamic to play with there,’ Rush says.

Audiences will delight at seeing another side to the greedy Barbossa, where his taste for opulence and gaudiness knows no bounds. ‘They’re all wearing very out-of-sort fashion, glam-rock, cavalier clothes. They’ve all got amazing feathers in their hats, which clash with the grungy, scabby [clothes] underneath,’ he explains.

Costume designer, Penny Rose, elaborates saying: ‘I think to think he looks like a European tycoon – open shirt, bling, but like in Vegas, got the money, but not really got the style.’

The arrival of a new villain, Captain Salazar (played by Spanish actor Javier Bardem), gives Barbossa a fresh rival to square off against. The duo had never worked together previously, however Rush admits he has admired Bardem, saying: ‘I’m a huge fan of his work… I just think he’s extraordinary and a very chameleon kind of actor. So, being on set with him is fantastic because he created a very intricate physicality for his character, who you have to believe has been imprisoned under the sea for 25 years.’

Rush adds: ‘We have quite a number of scenes where I’m always managing to escape by the skin of my teeth, and Javier would always bring some kind of new, brilliant acting chess move into it that would compound our relationship.’

Shot on the Gold Coast of Rush’s native Australia, Pirates of the Caribbean: Dead Men Tell No Tales is sure to deliver the same adventure, laughs, and swashbuckling antics we’ve loved from every film before.

There’s no denying the franchise’s popularity, and Rush agrees, saying: ‘There’s something about how pirates never go out of fashion… From the mail I get, I know there are a few Barbossa fans out there too.’

‘Some of them even think he’s sexy,’ Rush laughs.

Pirates of the Caribbean: Dead Men Tell No Tales is in cinemas on Thursday 25th May.

Make Your Friday Night Wine A Good One 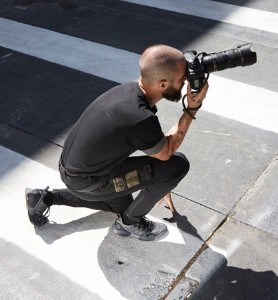