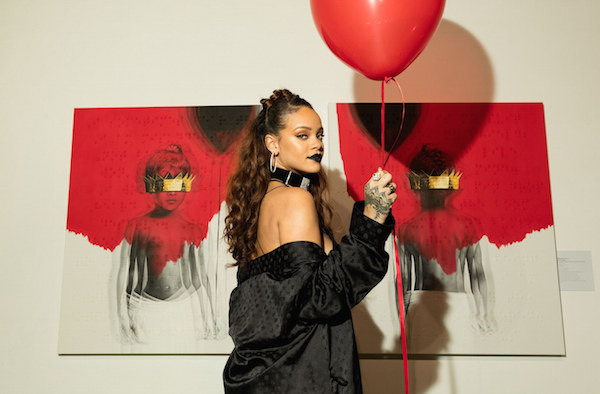 Timelines are so efficient - you’ll be totally up-to-date on all things Rihanna, AKA all things ANTI, after this one; May28, 2014: Rihanna tweets a whole lot of random song lyrics. September 26, 2014: Rihanna is spotted outside the studio with ‘Rude Boy’, ‘What's My Name’ and ‘Where have you been’ singer/songwriter Ester Dean – very promising. October 4, 2014: Charli XCX drops the rumor on her Billboard cover story that she's writing for Rihanna. October 25, 2014: Rumored #R8tracklist hits the internet sending fans into RiRi-Navy mode. November 11, 2014: Neyo finally breaks the silence about the tracks and sound direction of #R8; everyone goes wild because their dreams are finally going to be coming true. November 25, 2014: Rihanna releases a snippet of a possible new song, except it’s a looping track of her singing ‘Ain't none of this shit promised/ Ain't none of this shit promised’ – everyone took it as a promise. December 9, 2015: A second snippet emerges, it doesn’t nearly get as much publicity. December 19, 2015: Rihanna meets up with fans in Paris for a #R8 experience, but no one really knows what it's for. January 24, 2015: ‘FourFiveSeconds’ drops and gets everyone’s hopes up again. February 9, 2015: Kanye West reveals himself as #R8’s executive producer, and the crowd goes wild. February 21, 2015: At this point Rihanna has been modeling for everyone, and on the cover of almost every huge magazine. And debuts her striking, editorial-worthy, #R8 promo photo. March 5, 2015: Another teaser, the ‘Higher’ snippet is the best preview so far. March 26, 2015: ‘Bitch Better Have My Money’ drops, everyone gets prepared for what will ensue. April 21, 2015: Yet another snippet off the new album drops, ‘James Joint’, but still no album release date?! July 10, 2015: After continuing with her new modeling career, performing, and dropping music videos, Rihanna finally turns to Timberland to help with her music. Arriving at 2 a.m at his studio. September 17, 2015: Rihanna covers NME, and tells them, 'To me it’s never done until it’s done. Until the final moment,' 'No matter what I post online, within three comments there’s somebody saying, ‘Where is ‘R8’?’ I could post anything. Nothing else matters. They don’t care about anything but that. But it makes me excited, because I can’t wait to give them something great October 7, 2015: The big day finally comes as Rihanna unveils artwork, and official title for the album. Introducing ANTI. November 13,2015: Rumours rise about the release date of ANTI. The long overdue album will now be dropping on November the 27th, followed by a full release on December 4th. November 23, 2015: Rihanna officially announces her 2016 ANTI world tour dates. December 28, 2015: Rihanna’s songwriter blames Travis Scott for delaying the release of ANTI – good news, and bad news. At least there definitely is an album coming, but too bad Travvy Scott happens to be the reason for its delay. January 26, 2016: Over the silly season Rihanna was super quiet, but took to Instagram with those Dior headphones to announce that she is listening to the final album. Can we get a pair too? January 27, 2016: Drake and Rihanna’s collaboration ‘Work’ is her official album single. Rumours about album releasing this week got us all loco. January 28, 2015: FINALLY!! Rihanna's 8th studio album is released on Tidal for your listening pleasure. She’s so damn dreamy. Listen here. Words by Georgina Bidois. 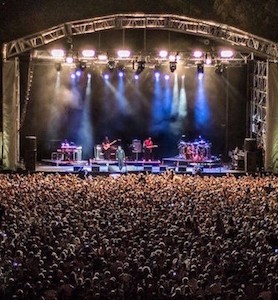 The Spice Girls are reuniting and we are SO happy!

Pride In Ponsonby This Weekend