I’d just like to start off by saying, I am not big on superhero movies, in fact, I’m not big on action movies in general. I’ve always found them to be a bit gimmicky and you constantly feel like you can finish every single sentence before you hear it, it’s that generic.

Long story short, this is an honest review from someone that hasn’t lined up for hours for Marvel-related events, or even attended one.

I was lucky enough to attend the Captain Marvel premiere last night, going in with very little expectations, I looked longingly at Metrolanes Bowling Alley as I waiting to reluctantly hand in my phone. Then, something amazing happened, I was on the edge of my seat, I was hooked, I was...laughing? This movie is...funny!

With a tendency to zone out, my resentment for action movies probably stems mainly from my inability to follow them. Too many elements trying to come together at once feels like eight lanes on the motorway attempting to merge at once, inside of my brain. But I didn’t find this with Captain Marvel, what helped me, I think, was the fact that a lot of it was set on earth.  As if trying to follow eighteen storylines with sixteen of the main characters turn out to be masquerading isn’t complicated enough, throw in some obscure locations and I’m tapping out.

But let’s talk about the second most important aspect of the movie; the fact that it is the first female-led Marvel movie. Although I found the female pity-party a little overdone at times, overall I found the message to be profound, and it wasn’t until seeing it play out that I realised the importance of it. If we consider the target audience of a Marvel Movie, it’s actually extremely important for boys to appreciate how capable woman are. Young boys are impressionable, and if a sci-fi movie is going to help them come to this realisation, then I’m all for it. As if just being a part of the Marvel Studio’s franchise doesn’t come loaded with enough expectations, it's also burdened with the challenge of breaking new representational ground for females. Which, for the most part, it does extremely well, although it could have dialled down a bit on the childhood memories of not driving a go-kart as fast.

The most astounding part of Captain Marvel is that the protagonist is a new character, so in two hours they have to introduce her, lay out her story, tie her in with the timeline and create backstories to more established characters. They are even laying down some tie-ins for the highly-anticipated Avengers: Endgame. And, it rises to the occasion with strong performances throughout. The directors have clearly taken a slow approach to the story, balancing humour, action and exposition all into a well-considered package. 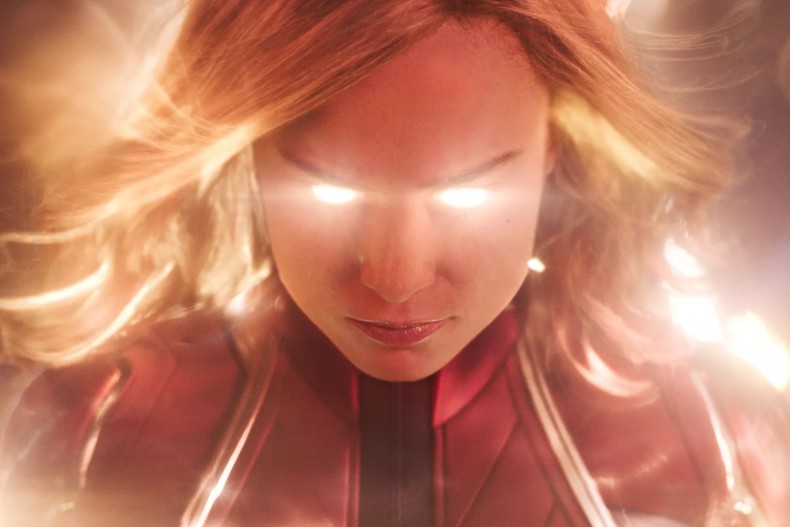 Captain Marvel, or Vers, as she is originally introduced is a Starforce Agent from an alien race known as Krees. There are the classic elements you would expect from a superhero movie, powerful abilities, super strength, physical endurance all play a part here. But Vers can’t remember her past, or how she was able to get these abilities, or who brought her to Kree.

The story unfolds in segments throughout the movie in a sort of retro timeframe. The 1990s nostalgic element is done particularly well, with multiple, pain-staking memories of 90s computers and dial-up scattered throughout. Most of the humorous elements of the film come from subtly driving nostalgia through weaving familiar situations into alien context, and they do it very, very well. There are also pointy-eared green ‘villains’.

I liked this movie a lot, which for me, is really saying something. It blew my expectations out of the water, and the filmmakers not shying away from the complexity of the story was noteworthy. Which brings me to the most important aspect of the film, Goose the cat, or is he!? A very cute scene-stealing supportive role who played an integral part in my enjoyment of the film. Sequel idea; Cat-tain Marvel, Goose as the protagonist. 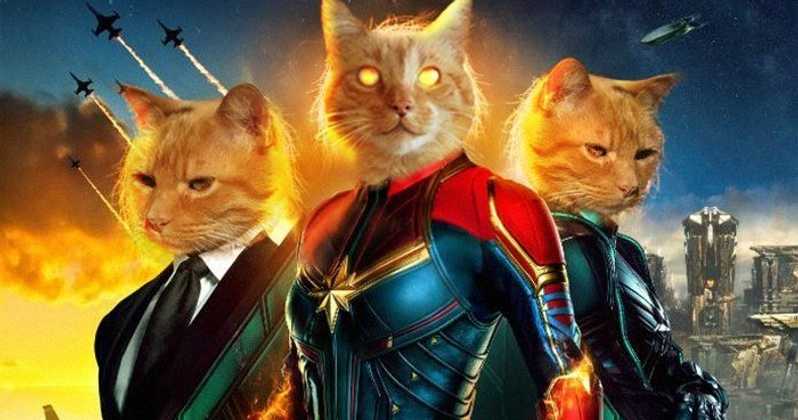 Captain Marvel is in cinemas now.

WIN: Summer refreshments for you & your crew