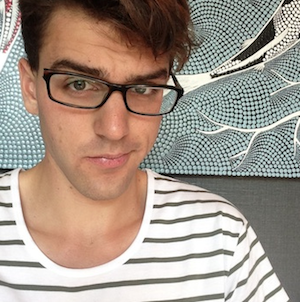 I went over to Sydney for Future Music Festival last month and snapped my prescription glasses in half. I’ve had glasses since I was 14 and I’ve been through almost a pair a year since I started wearing them. As well as losing and breaking multiple pairs, I’ve had to upgrade almost every year with stronger and stronger lenses as I got blinder and blinder. On the scale of blindness, I was pretty severe. I wasn’t nicknamed Stevie Wonder for the musical talent, let’s put it that way. To give you an indication of how blind I was, I could only see the very top line on one of those vision charts. There’s only one letter on that top line and I had to squint to see it. Me behind the wheel without glasses was the safety equivalent of you asking your pet dog to drive you home… So when I got back from Sydney and realised that another pair of glasses would set me back another $1000, I decided to look into Laser Vision Correction to deal with this problem once and for all. I hate wearing glasses and I hated having to carry them around. The idea of contacts never appealed to me, because the thought of touching my eyeball sent shivers down my spine. Our editor Tina Moore had LASIK last year and insisted I look into it, singing the praises of her ophthalmic surgeon Dr Nick Mantell at Eye Institute. LASIK stands for Laser In-Situ Keratomileusis, which is a specific type of Laser Vision Correction for a number of vision imperfections. You can get LASIK at a number of places around New Zealand, but only Eye Institute offers iLASIK, a unique form of Laser Vision Correction that uses the latest and greatest in LASIK technology for optimum safety and results. If you weren’t told otherwise, you would be forgiven in thinking that the iLASIK technology was actually a NASA spaceship launchpad. This is some seriously advanced stuff… At my consultation Dr Nick Mantell pointed out that iLASIK technology is so precise it can write text onto the side of a strand of hair. The consultation is super mellow and only takes about an hour. Not everyone is a candidate for Laser Vision Correction however iLASIK is able to treat a wider range of visual imperfections; in both nearsightedness and farsightedness, more than any other type of laser treatment. So if you were an unsuitable candidate for LASIK, you still could be suitable for iLASIK and you should look into it. At the end of the consultation, which is very similar to an ordinary visit to the optometrist, I was told I was the perfect candidate for iLASIK. Excited about the prospect of 20/20 vision at the very least and the end of prescription glasses, I booked myself in for the procedure three days later… I was nervous. I was actually really nervous. I have a high pain threshold and I don’t really get nervous about procedures, but I was for this. Despite Tina’s constant reminders that I had absolutely nothing to worry about, I found the idea of someone probing around my eyes a little unsettling. Turns out Tina was right… 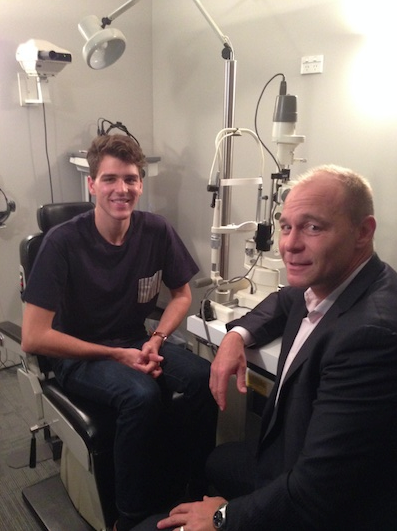 The team at Eye Institute must hear the words ‘I had nothing to worry about’ every single day. They must have to bite their tongue and resist saying ‘I told you so’ all the time. iLASIK treatment really is the most unbelievably easygoing treatment. After arriving at the clinic, a nurse applies numbing drops to your eyes for about 15 minutes, before leading you into the operating room with Dr Nick Mantell and his team. You’re out of there less than 15 minutes later. The pre-preparation takes longer than the procedure itself. It’s over in ‘the blink of an eye’. I’ve been dying to use that line! You know how the dentist is kind of uncomfortable? Generally it’s not painful, but it just feels weird. iLASIK is exactly like that. There’s no pain whatsoever, you just spend the time coming to terms with some unfamiliar sensations. I didn’t want to know what Dr Nick Mantell was doing, because as far as I was concerned I didn’t need to know. I wasn’t performing the procedure so didn’t care for the details. But he does tell you exactly what to expect every step of the way so there are no surprises. Dr Nick Mantell is a bit like Morgan Freeman, he has a very soothing voice! The laser itself beams through your eyes for approximately 30 seconds. You could honestly have this procedure done in your lunch hour. Especially since I’ve never worn contacts, the nurses warned me that I would experience grittiness and dryness in my eyes immediately after the procedure and that that was to be expected. No biggie, I was prepared for that in exchange for crystal clear vision. However, I experienced nothing of the sort. I went home, rested for a few hours and waited for the discomfort to set in. It never came. By dinnertime I was already reading the oven clock from the other side of the room, annoying my flat mates who have been able to see that far all along! Well now I can actually see further than them and most people I know. Trust me, I’ve tested. Remember that chart I could barely read the top line of? I can now read two lines lower than 20/20 vision. I couldn’t even see that well with my glasses before! I’ve applied the anti-inflammatory eye drops and lubricants religiously, although only because I’m a stickler for precision, not because I’ve needed to. Even now two weeks on I haven’t experienced a spec of discomfort. My only side effect has been a slight redness of the eye, certainly nothing major… The reason I’ve written about this experience is because I can hands-down say this is one of the most life-changing things I have ever done. I have gone from virtual blindness to crystal clear vision in the same time it takes you to pick up a Panini in your lunch hour. There were two hesitations I had when I considered getting iLASIK; it’s expensive and it’s painful. I was wrong on both counts. Yes, it does cost in the vicinity of $5700 to get the procedure, but you can understand why when you see the team and technology involved. Think about how much you’ll spend in glasses, contacts and consultations over the next 20 years, then you’ll realize this is a drop in the ocean. And I couldn’t have been more wrong about the pain. I guarantee you, there’s more pain involved in clipping your fingernails. If you’ve ever considered getting laser eye treatment, then I urge you to have an iLASIK consultation. I can’t speak for all the treatments out there, but I can speak for Dr Nick Mantell at Eye Institute as a man who can work miracles… in your lunch hour. Eyeinstitute.co.nz 0800 33 2020 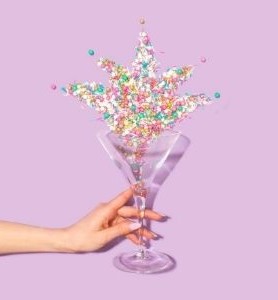 Your beauty checklist to prep for party season 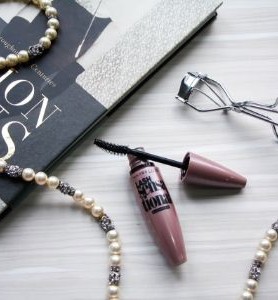 Kim credits her own beauty line for her 5-minute m…